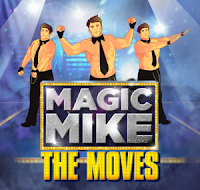 Together with comic podcaster Scott Grandison (Comicbook Outsiders), they designed, developed and published Magic Mike: The Moves app through their Outsider Games studio to coincide with Lionsgate's Home Entertainment release of the Channing Tatum movie.

Magic Mike was co-produced with Northern Ireland Screen as part of their Games on Film initiative, which also included the free Grabbers game app by Iglu Media/Billygoat Entertainment.


The comicbook style art really appealed to Lionsgate UK, who wanted a fun, visually interesting game that would appeal to a mass audience.

The Magic Mike film features Channing Tatum, who sizzles in the role of the irresistible Mike, the shining star act in a steamy men’s dance show. The game develops the stripping theme as the player becomes an ‘Endless Dancer’, performing touch-screen gestures in time with music, enabling their dancer to perform provocative dance routines. Increasing the Strip Power and completing achievements will allow the dancer to strip off items of clothing, revealing their hunky forms!

In true comic artist fashion, Stephen had to draw every angle and move that the exotic dancers make. 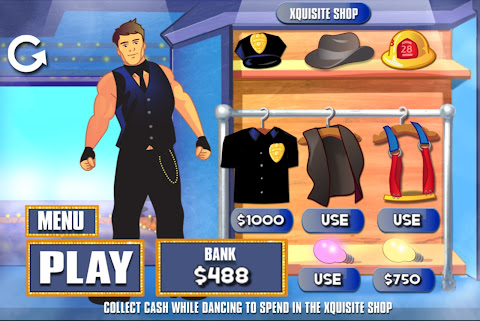 “Working with Lionsgate UK was fantastic," he adds. "They are extremely open to new and interesting ideas, with their refined approval and feedback process creating a smooth and fun development environment that we think will be evident while playing Magic Mike: The Moves.”


Lionsgate’s Nicola Pearcey, Managing Director of Home Entertainment and New Media, commented, “Magic Mike is one of the most fun and entertaining movies of the year. Magic Mike: The Moves provides fantastic content to further the immersive experience for fans – and will create exposure to a new audience for the film.

"Outsider Games have been a pleasure to work with and this app demonstrates their innovation, creativity and understanding of what our audience wants.”


• Magic Mike: The Moves can be downloaded FREE on IOS: https://itunes.apple.com/gb/app/magic-mike-the-moves/id578743312?mt=8 or, on Android: https://play.google.com/store/apps/details?id=com.outsidergames.magicmike

It's also available on Kindle Fire and the Amazon App Store