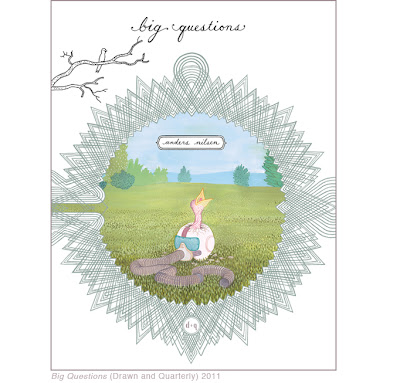 The book, originally serialised as 15 comics, first self-published by Nilsen and then continued by Drawn and Quarterly, tells the tale of the pilot of a crashed bomber and his relationship with a colony of birds and local wildlife in the countryside where his plane went down.

The artist also discusses his award winning graphic novella Dogs and water and why he is often drawn to animals as the subject matter of his comics books.