VV Brown's City of Abacus launches in May 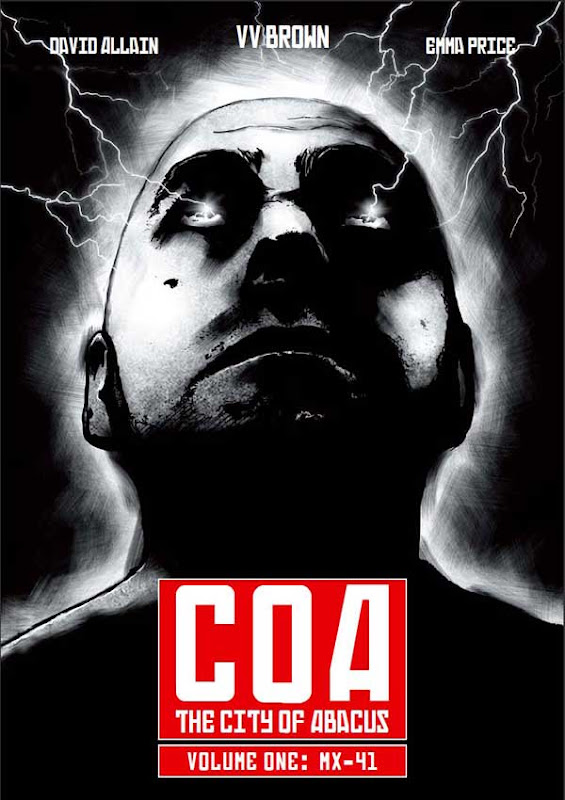 downthetubes readers may be familiar with the music or modelling work of British singer-songwriter and model VV Brown, whose single releases include "Shark In The Water" and "Crying Blood". But what you might not know is that she's also a huge fan of graphic novels and comic books - she was one of the contributors to Ctrl.Alt.Shft Unmasks Corruption last year - and as a result of this passion, she's created her own comic book series, titled City of Abacus, which, after a bit of a delay since it was first announced, is due to be published early next month.

As you'd expect with such a celebrity name involved, the comic book will getting plenty of major media exposure, so we're chuffed the promoters of the book thought to do a bit of research and contact comics news sites like ours in the run up to a major promotion for the book on YouTube. There will also be some tie-in City of Abacus social community pages on Facebook and Myspace (due for completion in the next couple of days), and the official website (www.thecityofabacus.com) is due to go live on 7th May 2010.

Right now, it's just a holding page at the moment with a little more info and a countdown timer, but it's where you'll be able to buy the comic from, as well as comic book stores. 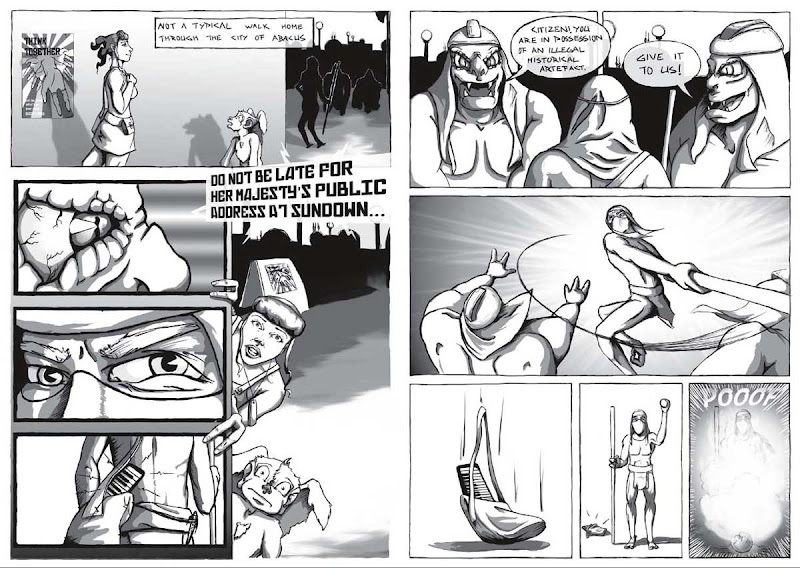 City of Abacus, featuring art by Emma Price, is a dark, futuristic tale of corruption, rebellion and adventure, which has been described as "Manga Marxism". Set in the eerie city of Abacus, presided over by evil ruler Queen Virusos, where music is banned, creative objects have become mysterious relics and the city’s people have their thoughts controlled by the ‘MX-41’. Only the orphaned heroine Freeda is unsettled by this conformity.

A tale of conquest, politics, love and mental freedom, Brown created City of Abacus with her video director David Allain: it's planned as an eight-issue series, will be released through 2010, then collected as a graphic album.

"I don't usually do comics but it's a passion project for me," Allain told The Independent last year, after the first chapter of City of Anacus was featured in Ctrl.Alt.Shft and tested on audiences at the Glastonbury Music Festival. "Last year I did VV Brown's music video and the idea of a comic started from there. The reaction at Glastonbury was great and we're planning to do a whole saga."

Brown began writing the book back in 2008. "It was a eureka moment and I just wanted to be creative and experiment with something different," she told web site jotta earlier this week, also citing X Men and Watchmen as her favourite comics. "I called David up after I wrote the first chapter in a few days and asked him to be apart of it."

"I always wanted to paint, but then I did a fine art degree, and ended up finding the wonderful world of comics," says Emma Price of her work. After gradating from Byam Shaw at Central St Martins, London, she now works as a graphic designer.

The first volume of the multi-volume series will launch with an exhibition and event at The Book Club, Shoreditch, on 6th May 2010 with set design by jotta, who will be creating props and a lifesize cardboard recreation of the City of Abacus which will transport guests to the pages of the comic book.