Comic Piracy on the Net: New Clamp Down Plans Announced 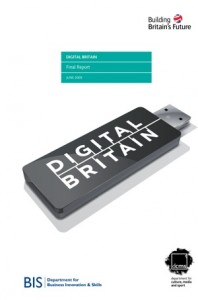 British fans sharing e-versions of comics via the Internet could soon come under the spotlight of anti-piracy organisations, after the government announced further measures to tackle digital piracy, mid-way through the consultation period on its Digital Britain report.

The Guardian reports that these include cutting internet connections for persistent offenders who share film, music and book files - which would, we assume, include comics - on a peer-to-peer basis.

This measure is unexpected as it was ruled out in the final Digital Britain report which was released in June, for "going too far".

In the report, the then communications minister Lord Carter said illegal filesharers should receive letters warning them their activities could leave them open to prosecution. If that failed to reduce piracy by at least 70%, Ofcom would have the power to call on internet companies such as BT to introduce so-called "technical measures" to combat piracy. The most draconian of these measures was to slow down a persistent filesharer's broadband connection, but it would not appear until 2012.

Now, the Guardian reports, the government is proposing illegal filesharers will still get warning letters but if they continue to swap copyrighted material they could have their internet connection temporarily severed, although it may be possible to retain basic access to online public services.

It is also expected that the government will give power to target illegal downloaders to ministers, rather than Ofcom, "to speed up the process".

The Guardian quotes a draft of the new plan as saying: "The previous proposals, whilst robust, would take an unacceptable amount of time to complete in a situation that calls for urgent action."

France recently tried to introduce similar measures but they were ultimately thrown out by its high court as unconstitutional. In the UK, privacy groups are likely to challenge any similar legislation as contrary to human rights law.

Comics piracy is a major concern to both large and small publishers, although it has also, fans argue, helped comics fans 'sample' new titles (the try before you buy argument) and enabled the dissemination of vintage comics material, much of it unlikely to ever be published in print due to licensing issues and limited appeal.

Unfortunately, many of those efforts by fans to raise the profile of vintage material are being exploited by pirates who then collect such scans and re-sell them as illegal digital collections on eBay. The BBC, for example, is aware of illegal sales of fan collections of digital scans of classic Doctor Who material from comics such as TV Comic and Countdown.

While several programs have been created to read digital comics on screen there is, currently, no legal Internet equivalent of iTunes for digital comics. However, many comics are being re-formatted for presentation on devices such as the iPhone, Android and other devices. For more on such releases, visit the downthetubes Mobile Comics blog.


Discussion site aimed at encouraging an online debate about the issues raised in the Digital Britain Report.
Posted by John Freeman at 10:53 am