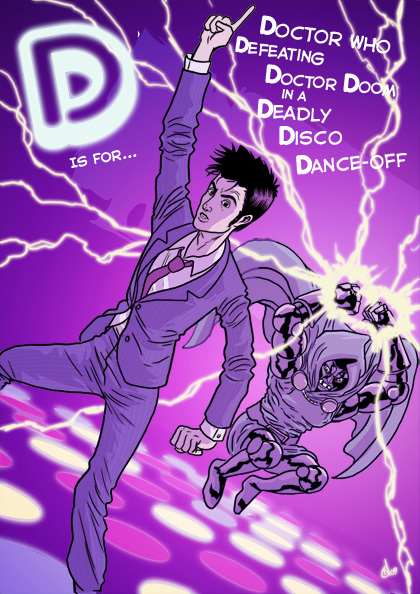 (via FPI Blog); Neill Cameron is hard at work on his latest project: The A-Z of Awesomeness. Well into its stride (he's just delivered "Nina and the Neurons Neutralising the Ninky-Nonk with Nitrogen", it was originally inspired by Garen Ewing’s A-Z of Comic Book Characters.

"That was fantastic and looked like a lot of fun to do," Neill says of Garen's project, but he widened the remit for his attempt, from comic strips to the wider world of pop cultural entertainment.

Neill’s taking a letter a day and welcomes suggestions via his weblog, the project's facebook group or his twitter.

You may suggest characters from film, animation, TV, literature... "anything, really, so long as it is awesome," says Neill.
Posted by John Freeman at 8:28 am