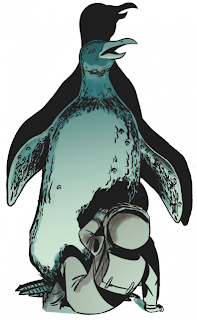 Fancy a slice of the macabre alongside your Christmas turkey this year?


Just in time for the Yuletide festivities, SelfMadeHero - a quirky British independent publishing house committed to producing ground-breaking work in the graphic novel medium - has announced their adaptations of H.P. Lovecraft’s classic horror tales are now available for Kindle users!

An ideal gift and the perfect introduction to their extensive catalogue, these digital editions are sure to give the Kindle owner in your life an icy chill this Christmas.

These e-versions are suitable for: Kindle Fire, Kindle Fire HD, Kindle for iPad and Kindle for Android and the titles available are:

At The Mountains of Madness
Adapted and illustrated by Ian Culbard

A scientific expedition to Antarctica unearths a shocking discovery that challenges humanity’s place in the universe and threatens our very existence. This one's totally brilliant and highly recommended.

The Case of Charles Dexter Ward
Adapted and illustrated by Ian Culbard.

In which the eponymous hero obsesses over the life of his 16th ancestor, an evil alchemist. Trying to emulate the wizard, Ward not only revives old experiments but also resurrects the mage himself, with terrifying consequences.

SelfMadeHero say they will be rolling out more digital editions in 2013.

More info: www.selfmadehero.com
Posted by John Freeman at 8:30 am