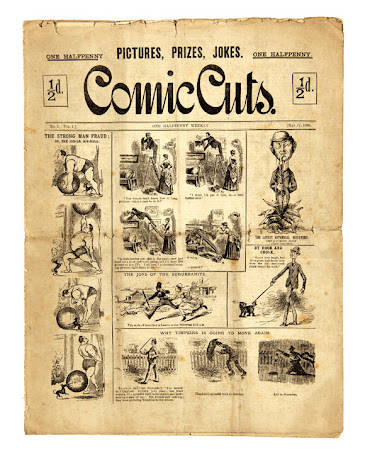 A rare piece of British comics history goes under the hammer on Tuesday, when the online bidding for Comic Cuts Issue 1 closes over at Compal closes.

We covered the auction in general earlier in the month, but this lot deserves closer attention given its importance to our industry.

Only nine copies of the first issue of the UK's third longest running comic, started in 1890 by reporter Alfred Harmsworth (later Lord Northcliffe, founder of the Daily Mail) are known to exist, one of them in the British Library. This item is expected to sell for around £350 - 400 by the auction organisers.

Comic Cuts was not the first British comic: that privilege is accorded by many to Funny Folks, first published in December 1874, published by James Henderson as a free supplement to The Weekly Budget Christmas Triple Number for 1874, a successor to satirical cartoon sheets like Everybody’s Album, an eight-page tabloid with initially a roughly 50/50 mix of text and pictures, though picture strips would soon come to dominate the title.

As you can see from the pages below, sourced via the public domain only comics site ComicBookPlus, which states it only publishes out of copyright items, the first edition of the 'comic', also eight pages in extent, is far from being anything we would recognise today as such.

Some of its pages are text driven (as were most comics, including The Dandy when it launched in 1937), but its cartoon pages earn it attention as one of the first picture weeklies and it quickly began to publish more strips. By the First World War it is recognisably a comic, albeit with text to supplement word ballons on its strip pages. 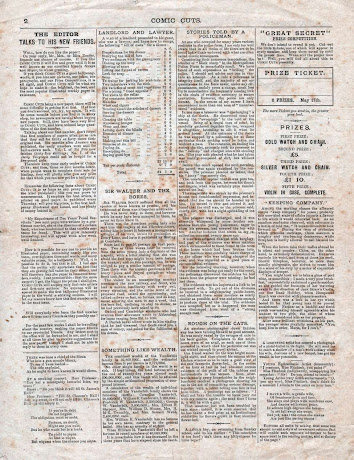 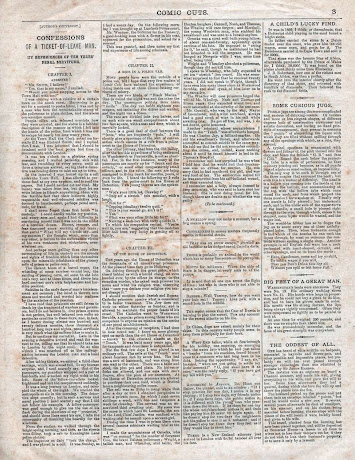 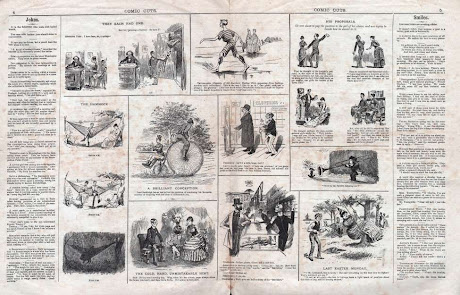 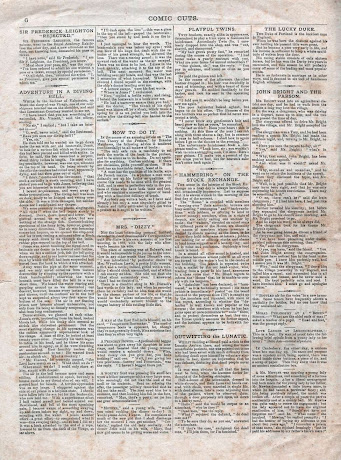 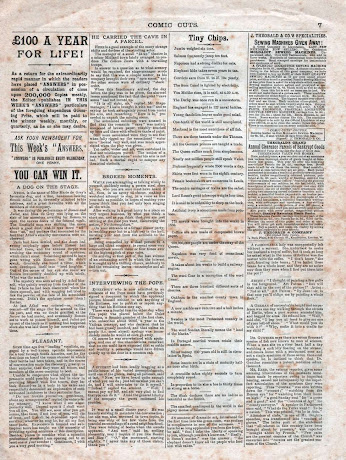 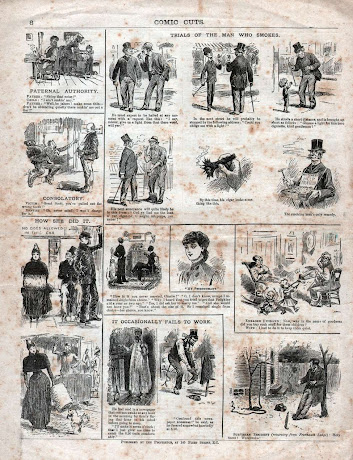 Copies of Issue 2 and 3 of the comic are also on offer, along with a rare militaQry band-themed promotional poster for the comic, published, it's believed in 1914. 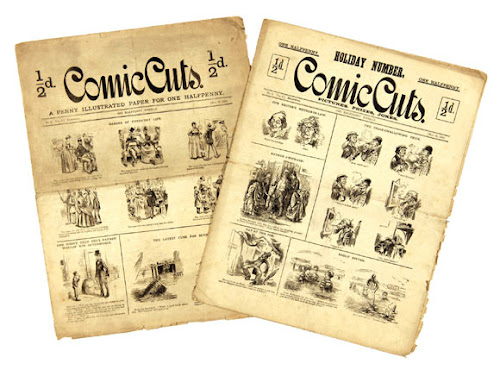 Comic Cuts was one of Britain's earliest weekly comic papers, published from 17th May 1890. The early issues contained reprinted cartoons from American magazines and reprinted from a previous title, Scraps. But after advertising for artists the reprints gave way to original material by creators such as Roland Hill, the first professional artist to work on the comic; Ken Reid, Albert Pease, Oliver Veal, Tom Browne and Jack Butler Yeats.

Published by Amalgamated Press (later Fleetway Editions) its success in its early days inspired other publishers to produce rival comics, and held the record for the most issues of a British weekly comic for 46 years, until The Dandy overtook it in 1999.

Lasting 3006 issues, down the years Comic Cuts absorbed Golden Penny Comic in 1928, Jolly Comic and Larks in 1939 and 1940 respectively before finally ceasing as a title when it was was merged into the original Knockout on 12th September 1953, that title running until February 1963, when it was merged with Valiant.

• Bidding closes on Tuesday 27th November at 8.00pm GMT. Full catalogue at www.compalcomics.com/catalogue/index.htm. If you have a question about any of the items in the catalogue, please send an email to Compalcomics director Malcolm Phillips at comicbook@compalcomics.com

Comic Cuts is the third longest running weekly comic, not the second. The Beano overtook the Dandy a few years ago, due to Dandy going fortnightly for about three years from 2007 to 2010.

My bad. Corrected. Thanks!