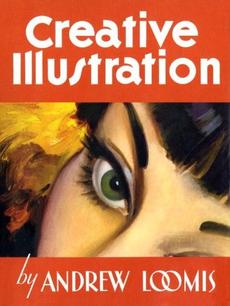 Illustrator Andrew Loomis is revered amongst artists for his mastery of drawing technique and his clean, realist style and his hugely influential series of art instruction books have never been bettered.

Long out of print, early editions of his books have become highly collectible and sought out by art enthusiasts and practitioners but last year Titan Books began re-publishing facsimile hardback editions of the illustrator's guides.

A fourth – perhaps his best known work, Creative Illustration – is due for release in October. 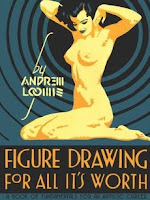 Figure Drawing for All it's Worth

provides a seminal course covering all the techniques needed to master drawing the figure. Hailed by the American Academy of Art as “one of the most brilliant contributions that figure drawing has ever received” Loomis’s book is packed with beautiful examples to help you master anatomy and capture the human form at any age, in movement and at rest. 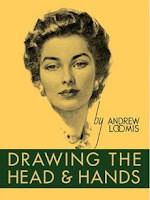 Drawing the Head and Hands

In May, Titan published Successful Drawing

- a superb resource covering all the techniques needed to master three-dimensional drawing that has been many an artist's bible for 60 years. From the fundamentals of proportion, placement, perspective, planes and pattern, through a detailed examination of scale and the effects and capture of light, to the mastery of conception, construction, contour, character and consistency, Successful Drawing is filled with step-by-step instruction, professional tips and beautiful illustration.

In October, Titan will publish the fourth facsimile in the series – Creative Illustration, considered Loomis’s magnum opus, which is aimed primarily at the professional-level illustrator.

It’s divided into seven sections: Line, Tone, Colour, Telling the Story, Creating Ideas, Fields of Illustration, and Experimenting and Studies. The book is filled with instructions, tips, insider experiences, and incredible illustrations and definitely one for artists' wish lists, and a title I've often suggested as a resource elesewhere on downthetubes.

Born in 1892, after studying art, Loomis moved to Chicago where he eventually opened his own studio – working in editorial and advertising for most of the top clients of the time, including Kellogg’s, Coca Cola, Lucky Strike and many others. He also became renowned as an art teacher and his instructional books on illustration and art  - which also include Fun with a Pencil and The Eye of a Painter - are acclaimed classics in the field.

As well as Alex Ross, Dick Giordano, and Steve Lieber, among others, have cited the influence of Loomis on their style and studies. Steve Rude named one of the characters he drew in the Nexus comic book General Loomis.