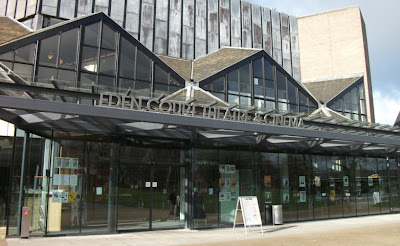 Having taken a lot of photos of the various creators at the Hi-Ex comics convention, which took place at the Eden Court complex in Inverness last weekend, there was never going to be enough room in the main downthetubes review of the con to include all the images. Instead we present a selection of those images of the creators along with links to their websites, blogs and/or Facebook pages. They are in no particular order, but let's start with "A" anyway. 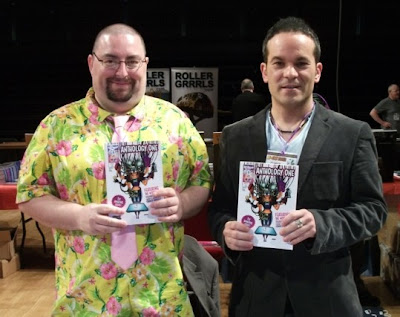 Dr Chris Murray's distinctive shirts are now well known around comics events in Scotland and, along with fellow Dundee University lecturer Phillip Vaughan, had the Anthology One book on sale. It presents the work of the students of the 2011-2012 University of Dundee's DJCAD Comics Art and Graphic Novels module as well as the winner and runners-up of the 2011 Tartan Bucket Prize that was run as part of last year's Dundee Comics Day.

Details of ordering Anthology One by post are available by e-mailing : universecomic@gmail.com

Dr Chris Murray and Phillip Vaughan are interviewed on downthetubes here and here. 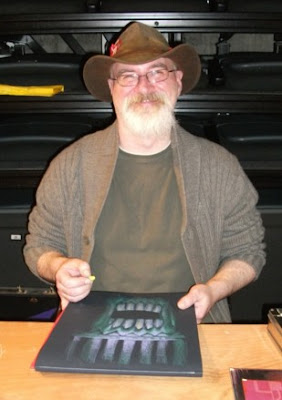 Colin MacNeil is a former student at Dundee University's Duncan of Jordanstone College Of Art And Design where Phillip Vaughan lectures and supplied the rather excellent cover for Anthology One. As can be seen here, he uses chalks on a black background for his convention sketches.

Colin MacNeil's professional website is here and his Lambiek entry is here. 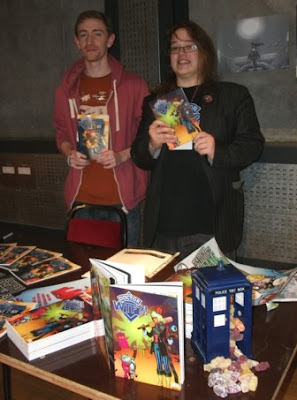 Another title that Colin provided the cover for is the 2012 edition of the A5 size Doctor Who comic Doctor WTF?! Contributor James Feist (left) and editor Owen Watts were there to sell both issues of this title which chronicles short adventures of 'other' incarnations of the Doctor.

There are more details of Doctor WTF?! on the title's Facebook page. 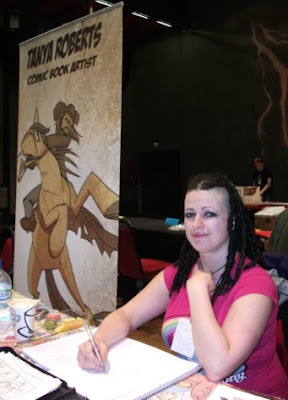 From Doctor Who to Star Wars and Star Wars: The Clone Wars artist Tanya Roberts who has been working on the junior title for some four years now. It was good to see former Star Wars Dark Empire artist Cam Kennedy comparing notes with Tanya during the weekend and it will be intriguing to she what comes of her ideas for non-licensed work in the future.

There are more details of Tanya Roberts art on her Enolian Slave DeviantArt page. 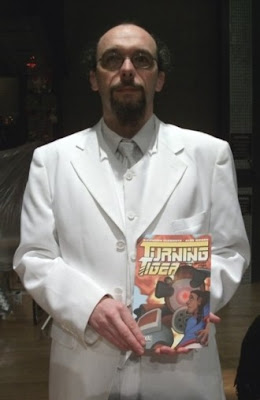 Hi-Ex co-organiser Richmond Clements is a creator in his own right as well as being an editor for Futurequake Press. As well as writing for Strip Magazine, Rich wrote the two part Turning Tiger for Renegade Arts Entertainment which is just about to be released as a special edition graphic novel.

There are more details of Richmond Clements' writing on his blog and his FQP work of the Futurequake website. 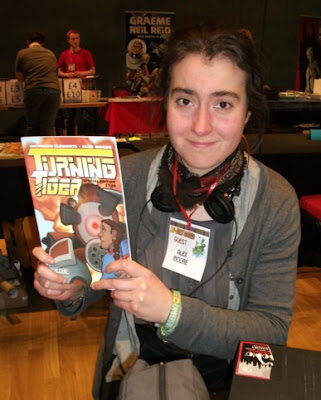 Rich's co-creator on Turning Tiger is artist Alex Moore and she was at Hi-Ex as well showing of the new title and her small press work. Alex is currently working on The Liberty graphic novel due from Markosia.

There are more details of Alex Moore's work on her website and blog.

There are more details of Turning Tiger on the Renegade Arts website. 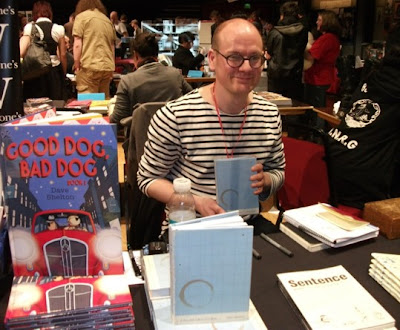 Writer and artist Dave Shelton's comic strip Good Dog, Bad Dog was originally published weekly in The DFC and then collected into one of the hardback DFC Library titles. New episodes are due to appear in The Phoenix, a comic that he had copies of to show prospective readers which was a good thing considering that the nearest Waitrose to the venue was 155 miles away in Edinburgh. He also had copies of his new illustrated novel A Boy And A Bear In A Boat.

There are more details of Dave Shelton's work on his blog. 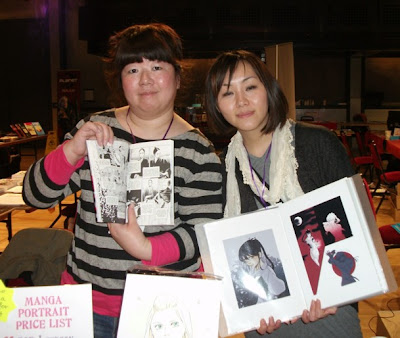 Manga artists Chie Kutsuwada (left) and Inko (right) were some of the hardest working of the creators over the course of Hi-Ex's two days. Both seemed to have a never ending stream of attendees wanting their portraits drawn manga style with Inko even having Cam Kennedy sit for her.

There are more details of Chi Kutsuwada's work on her blog.

There are more details of Inko's work on her blog. 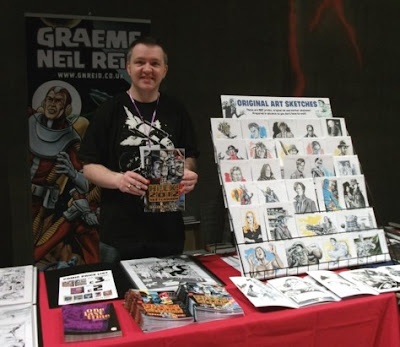 Artist Graeme Neil Reid as well as having his own blog is the founder of the Scottish daily art-blog Scotch Corner. Graeme normally does his sketches before conventions which allows him to relax more during the events, as well as using them on the two blogs and compiling them into limited edition convention sketchbooks. However as the Sqaxx Dek Thargo know that he is an artdroid, he was convinced by several Hi-Ex attendees to draw them Dredd while one little girl even managed to get him to draw her a dinosaur.

There are more details of Graeme Neil Reid's work on his website, blog and on Scotch Corner. 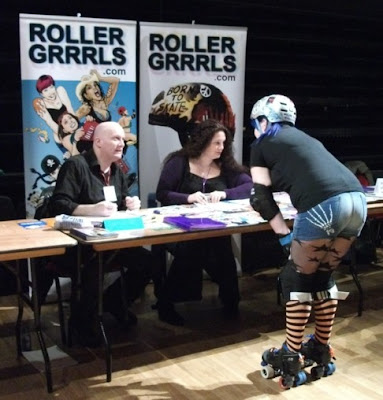 Artist Gary Erskine is another member of Scotch Corner as well as being Eagle Award nominated this year in the Favourite Artist: Inks category. He is also rather well known nowadays for liking girls in roller skates and is working with his wife Mhairi on the Roller Grrrls title which has manifested itself before publication with rather a lot of comic conventions now having female Roller Derby teams attending - including Hi-Ex.

There are more details of Gary Erskine's work on his blog, on Scotch Corner and on the Roller Grrrls Facebook page.


The second and final part of Comics Creators At Hi-Ex will follow soon.

The downthetubes review of Hi-Ex 2012 is here.