The Prisoner Released - on Blu-Ray 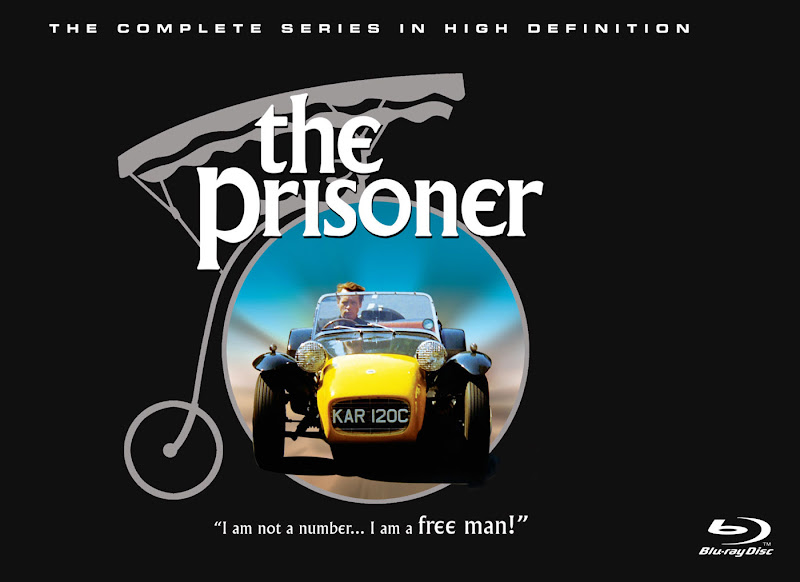 Available to buy as a six-disc limited edition box set on 28th September 2009 for just under £60, this will be the first Blu-ray version of the series anywhere in the world.

The only home entertainment edition of the series, described as being the only edition to have been officially endorsed by the late McGoohan himself and based on the version of the standard definition DVD which won Best TV DVD at the Home Entertainment Awards in 2008, The Prisoner - Complete Series

offers a terrific version of McGoohan's iconic, thought-provoking, revelatory and just plain cool series, as fresh and dynamic now as it was when first unleashed upon an unsuspecting world in 1967.

Containing all 17 episodes, the wealth of special features include:

• “Don’t Knock Yourself Out” a feature-length documentary which is the most comprehensive look at the production of The Prisoner, told by those involved in its creation • Restored original edit of ‘Arrival’ with an optional music-only soundtrack featuring Wilfred Josephs’ complete and abandoned score • Production Crew audio commentaries on seven episodes • Trailers for all episodes • Archive textless material, including the title sequence with clean themes by Ron Grainer, Wilfred Josephs and Robert Farnon • Commercial Break Bumpers • Behind-the-Scenes footage including much previously unseen • Script and Production Documentation PDFs • Image Galleries with Music Suites • Exclusive book on the making of the series by ace TV historian Andrew Pixley • 5.1 sound mixes on all episodes • and more
Posted by John Freeman at 4:05 pm

Email ThisBlogThis!Share to TwitterShare to FacebookShare to Pinterest
Labels: Blu-Ray, The Prisoner