Heretic Tomes in the Black Library 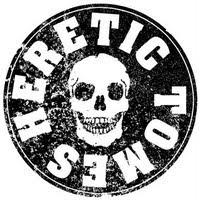 (with thanks to Matthew Badham and Jonathan Green):
As of January 2010, Black Library will be launching a range of Print on Demand titles which will allow them to bring back classic and fan-favourite novels, graphic novels and even artbooks previously published by them that have been out of print for some years now.

The Black Library, which is owned by Games Workshop, has announced via its blog that most of these titles will be brought back through this special service whilst a few will have minor edits to reflect changes to the background of the Warhammer and Warhammer 40000 worlds. But there are a few books that were written in a different time and place, when the worlds of Warhammer and 40K were different from what they are now. These books will be available under the Heretic Tomes banner.

The first three months' Print on Demand titles will be exclusively revealed in the December issue of White Dwarf magazine and future titles will be announced on the same day they become available to purchase exclusively at www.blacklibrary.com Although these titles will not be announced in advance of their release date, the Black Library team will be dropping hints through Facebook, Twitter, the BL Blog and other online sources.

The Black Library is an imprint of the British publishing house BL Publishing producing a range of all-action novels, art books, background books and other cool items, all set in the dark and gothic worlds of Warhammer and Warhammer 40,000. BL Publishing in turn is a part of Games Workshop, a leading creator of fantasy games.
Posted by John Freeman at 12:05 pm