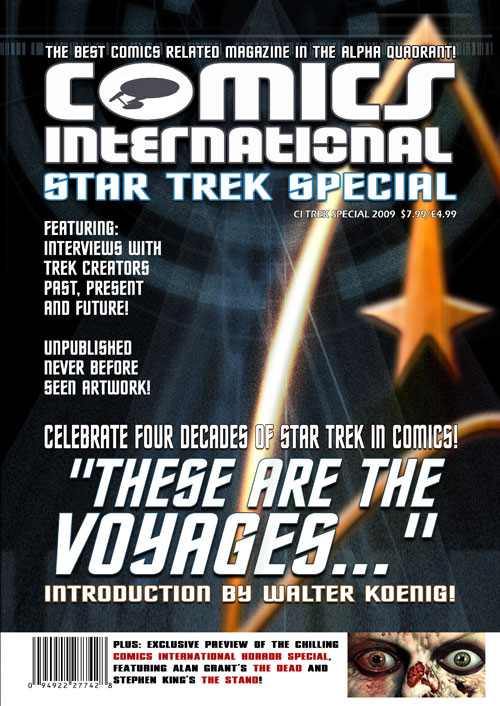 Peter Boyce, publisher of Comics International, has categorically denied the long-running magazine has been cancelled, even though a regular issue has not been published for some months.

downthetubes approached Mr Boyce for comment after former editor and publisher Dez Skinn lamented the woeful state of modern genre publishing in the UK in a personal email. "I gather two of me wee bairns have died in the last month," he told us, "first Comics International and now Starburst."

The casual comment rang alarm bells with us, as we have been asking Comic International's editorial team for confirmation of the title's return for some time. But while the release date of a new issue has not been announced, we're pleased to report the title has not been cancelled.

"Comics International dead?" Peter Boyce, owner of Movie New Media has invested in several comic-related projects including the arts magazine Dangerous Ink and others, responded. "It's news to me."

Two Comics International Specials were published in July (see news story), suggesting perhaps that the frequency of the magazine was being changed. We're delighted to hear that the magazine may be returning.

Current CI Editor Mike Conroy was unavailable for comment but Dez said he was delighted to hear the rumours were ill-founded, adding "Ecstatic and relieved!

While enjoying the lack of deadlines in his life (as the picture below shows) "Perhaps foolishly, we bought out one of the UK's leading back issue dealers shortly after selling Comics International," he tells us.

"Outside of a 16-year emotional attachment, it would be nice to have somewhere to actually advertise all that stock to keep my merry band busy!

"As for Starburst, it's a shame it never evolved instead of becoming merely a forgotten pathfinder for SFX." 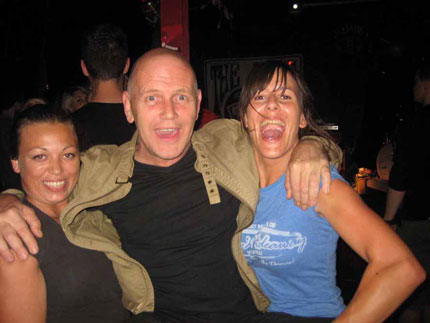 Above: Dez Skinn enjoying 'retirement' from magazine publishing with Mail Order Manager Charlotte and best pal Leonie (who give Dez a lift in times of worry). Picture courtesy of Dez Skinn
Posted by John Freeman at 9:29 am