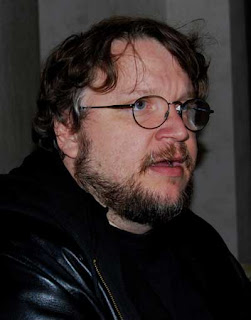 British comics and genre magazine Tripwire has annouced they have added exciting new features to their already jam-packed 2009 Annual. The magazine has landed an exclusive interview with award-winning genre master Guillermo Del Toro discussing his new novel The Strain as well as a few tidbits on Hellboy 3 and upcoming movie projects.

"The addition of these two top notch features compliments what already promises to be the best Annual we've released to date," said Tripwire's Editor-in-chief Joel Meadows. "We've got such a big issue already. With our cover feature looking in-depth at Marvel Comics and its 70th anniversary, or the Alien 30th birthday retrospective later on, the Bongo Comics interview with Bill Morrison who's always entertaining, or even the Stripwire section with over 20 pages of original comics --it's just a real pleasure to be publishing this quality material. Adding these two new features strengthens the magazine further."

On the topic of making a better magazine, Tripwire has performed a little reorganizing at the printer as well. Originally the magazine's 2009 publishing schedule included an Adventure Special for June, a Horror Special for Halloween and a Science Fiction Special for December. Instead the editors have taken some of the more timely content from the Adventure and Science Fiction Specials and folded it into the 2009 Tripwire Annual, making it bigger and better than they'd announced at solicitation.

"We're committed to releasing the best magazine we can," offered Meadows, "and sometimes this means making adjustments on the fly."

Features now included in the 2009 Annual are an exclusive Joe Kubert interview, a profile on publishers Flesk Publications with sidebars about artists Gary Gianni and Mark Schultz, a feature on 80 years of Tintin and a look at Dark Horse's Solomon Kane and other Robert E. Howard properties.

"Our first focus is on the Annual, and making it as exceptional as its two predecessors. When we saw several articles from the June Adventure Special and the 2009 Annual beginning to converge, we knew we had to sacrifice the one to make the other even better," Meadows revealed.

While the Annual has gotten larger than promised with the addition of the extra content, Tripwire still plans to do an Adventure Special later this year.

"We're looking at releasing an improved line up for the Special around Christmas with a big Conan cover and features inside that cover everything from Howard's characters to a resurgence in the popularity of the pulps and many of the upcoming adventure movies and television shows for the next year or two." And the Science Fiction Special? "First Quarter of 2010, maybe," said Meadows with a laugh.

"We're still planning Fantasy and Crime Specials for 2010 and now the schedule is tightened. There's so much we want to print, sometimes we have to make some painful choices."

Guilermo del Toro (above) photo courtesy and © Joel Meadows, used with permission
Posted by John Freeman at 7:59 am