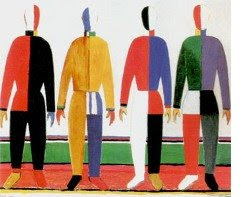 The Manifesto Club, which campaigns against the hyper regulation of everyday life and supports free movement across borders, free expression and free association is co-ordinating a campaign against a new artist visa system introduced by the UK Home Office for organisations that wish to invite non-EU artists and academics to the UK.

Campaigners against the new rules argue the proposed regulations will curb invitations to non-EU artists and academics to visit the UK for talks, artist residencies, conferences and temporary exhibitions.

This has already seen the cancellation of events and of course could affect any overseas comic creators attending events such as the MCM Expo, the British International Comic Show and other gatherings.

"As professionals committed to the principles of internationalism and cultural exchange, we are dismayed by these new regulations," say campaigners.

"The system is costly to both the host organisation and to the visitor, and has already meant a number of cancelled exhibitions and concerts."

The campaign is led by Manick Govinda, artists' adviser at Artsadmin, and has won support from artists, musicians, gallery directors, academics and students. Together they are calling for the "parochial and suspicious regulations to be reconsidered, and affirm the vital contribution made by global artists and scholars to UK cultural and intellectual life."

A petition was launched with a letter in the Observer, signed by high-profile arts figures including artist Antony Gormley, Sandy Nairne, director of the National Portrait Gallery, and Nicholas Hytner, director of the Royal National Theatre.

Under the new regulations, all non-EU visitors now must apply for a visa in person, and supply biometric data, electronic fingerprint scans and a digital photograph. The Home Office’s 158-page guideline document also outlines new controls over visitors’ day-to-day activity: visitors must show that they have at least £800 pounds of personal savings, which have been held for at least three months prior to the date of their application; the host organisation must keep copies of the visitor’s passport and their UK Biometric Card, and a history of their contact details.

If the visitor does not turn up to their studio or place of work, or their whereabouts is unknown, the organisation is legally obliged to inform the UK Border Agency.

"These Home Office restrictions discriminate against our overseas colleagues on the grounds of their nationality and financial resources, and will be particularly detrimental to artists from developing countries, and those with low income," argue campaigners. "Such restrictions will damage the vital contribution made by global artists and scholars to cultural, intellectual and civic life in the UK."

The Manifesto Club, which hopes to achive over 10,000 signatures to its petition, is urging people to not only sign it but also write to their MP in protest.

"Tell them your concerns about the issue, and how it’s affecting artists, scholars and many other professions," they suggest. "If you have been personally/professionally affected give them a brief account of what happened and let them know that the points-based system could have a potentially detrimental effect on the UK’s arts and cultural sector, and it may affect local arts groups and festivals in their constituency."

• If you have been (or will be) affected by these regulations, please complete the Manifesto Club campaign’s online survey. This will provide a rich source of material for them to better argue the case and gain more publicity for their campaign.

• NCA's Fact-Sheet on the new regulations
Posted by John Freeman at 1:46 pm