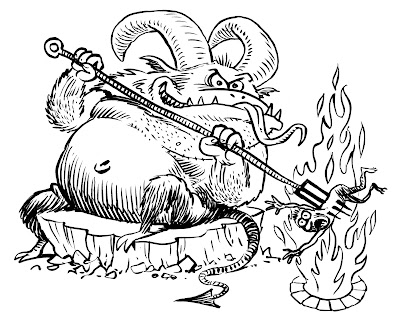 Kendal's Lakes International Comic Art Festival has revealed more of the writers and artists who will be taking part in the event later this year.

The festival, which will run from 18-20 October 2013 in Kendal in Cumbria, now has a guest list running to more than 50 writers and artists from the United States, Europe, South America and the UK.

The latest guests announced by the festival again show the diversity of the medium including superheroes, comedy, adaptations of historical novels and innovative new story-telling.

American Kurt Busiek has won over two dozen industry awards for his work.  He has had runs on Avengers, Spider-Man, Superman, Conan and others, and has co-created books such as Thunderbolts and Arrowsmith.

He is best known for his work on the multiple-award-winning Astro City and Marvels.  A commercial and critical hit, Marvels tells the story of superheroes like Spider-Man and the X-Men from the point of view of an ordinary man on the street.  Stan Lee described it as 'a giant leap forward, bringing us to a new plateau in the evolution of illustrated literature'.

David Hine is a British writer who has worked with Marvel on comics such as X-Men and Spider-Man, as well as writing Batman comics for DC.  He is currently working with fellow festival guest Doug Braithwaite on Storm Dogs and has also worked on a comic adaptation of the Victor Hugo novel The Man Who Laughs, illustrated by Mark Stafford, which is published this week by SelfMadeHero.

Hunt Emerson has received several comics industry awards and in 2000 was named one of the 75 Masters of European Comics by the CNBDI, the noted French comics Academy.  He has produced witty adaptations of stories such as The Rime of the Ancient Mariner, as well as two books based on the ideas of Victorian philosopher John Ruskin. His latest book is a riotous take on Dante's Inferno.

David Lloyd, who launched a new digital comic Aces Weekly, last year, is the well-known illustrator and co-creator of V For Vendetta. He has also produced stories for the Hellblazer series, Aliens, Marlowe, War Stories, and the acclaimed crime thriller, Kickback.

Pete Doherty is an artist and colourist who is particularly known for his work on Judge Dredd.  He is currently colouring Jupiter’s Legacy, a new epic tale by Mark Millar and Frank Quitely.

Stephen Collins began cartooning for The Times in 2003, and has since won several awards, including the Jonathan Cape/Observer Graphic Short Story Prize 2010. He contributes regular comics to the Guardian Weekend and Prospect magazine. His first graphic novel The Gigantic Beard that was Evil is published by Jonathan Cape next month.

Warren and Gary Pleece’s Montague Terrace, published by Jonathan Cape last month,  is a series of surreal vignettes based in and around a decrepit London block of flats. The Observer's Rachel Cooke said the Pleece brothers' black and white drawings are 'brisk and economical, they have an energy that pulls you along. Their story gets under your skin.'

Steven Harris is a British cartoonist and writer, based in London. His first graphic novel Eustace was also published by Jonathan Cape last month.

Artist Rob Davis is best known for reinventing Roy of the Rovers and for drawing Judge Dredd. He has recently finished illustrating a second volume of Don Quixote stories, which will be published by SelfMadeHero in May.

Belgian Ivan Petrus is the author of The Nieuport Gathering, a moving historical comic book on World War One, in which a Belgian, French and English soldier meet each other on the front line, starting a friendship that will transcend life and death.

Nicola Streeten is an illustrator and the co-creator of Laydeez do Comics, a graphic novel forum with a focus on the new wave of comic work based on the drama of everyday life.  Her first graphic book, Billy, Me & You, was published by Myriad in October 2011.

Gareth Brookes is known for his unusual approach to materials, using embroidery, textiles, lino-cut print, stenciling and even pressed flowers in his work.  In 2012 he was the winner of the First Graphic Novel Competition. Myriad Editions is due to publish his book The Black Project in September 2013.

The Lakes International Comic Art Festival aims to make the whole town of Kendal part of the festival, like the popular festivals on the continent in places such as Angouleme.

Festival Director Julie Tait says: “We want to turn Kendal into a comics town for the festival weekend and we are looking forward to welcoming all the writers and artists who will be coming here from across the UK, the US and Europe.

"Whether you call them comics, graphic novels or sequential art, this is a medium that is growing in popularity, so this new festival couldn’t be starting at a better time.

"We want to give the comic fans the chance to discover something new and encourage others who think comics are just for kids to pick up a graphic novel and find out what they're missing.

"We'll be celebrating people like Kurt Busiek and David Hine who have made their names taking forward the stories of some of our most famous superheroes.  We'll also be exploring the work of the many talented young British graphic novelists who are using comic art to tell a huge range of exciting and innovative stories.”
​
More details about the new event are available at www.comicartfestival.com.  It is also possible to keep up to date with plans for the festival by following @comicartfest on Twitter or by liking the Lakes International Comic Art Festival Facebook page. Tickets will go on sale 13 May 2013.
Posted by John Freeman at 5:15 pm