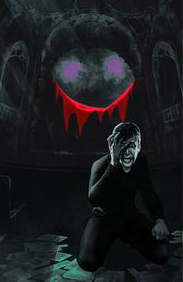 Nick Spencer and Frazer Irving will be signing Bedlam Volume 1 (published by Image Comics and collecting #1-6) at the Forbidden Planet London Megastore on Wednesday 1st May from 6 - 7.00pm.

One of the hottest new series of the year gets its first, new reader friendly-priced collection.

Fillmore Press was once Madder Red, a homicidal maniac and criminal overlord who ruled the city of Bedlam. Now he's been cured of his mania, and says he wants to help protect the place he once terrorized - but can he be trusted?

Nick Spencer is best known for his creator-owned titles at Image Comics. After working in politics and other fields, Nick successfully pitched Existence 2.0 to Jim Valentino at Image, and the first issue was released in July 2009. Nick has also written The Infinite Vacation, Ultimate Comics X-Men, Cloak & Dagger, Victor von Doom, T.H.U.N.D.E.R. Agents and Thief of Thieves.

Frazer Irving's credits include Necronauts for 2000AD and more. He studied art at the University of Portsmouth and since breaking into the US market he has worked on a various superhero titles, including a number with Grant Morrison.

• More info on the Forbidden Planet web site
Posted by John Freeman at 8:30 am