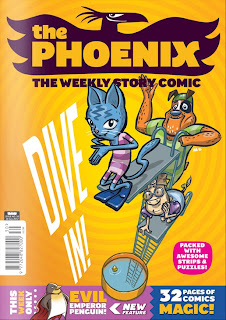 In the first of a new series of Panel Borders, we start a month of shows looking at comic book anthologies with a recording of a panel discussion of the children's comic The Phoenix. Creators Daniel Hartwell (writer: ‘Pirates of the Pangaea’), Neill Cameron (artist: ‘Pirates of the Pangaea’, Adam Murphy (‘Corpse Talk’), Robin Etherington (writer: ‘Long Gone Don’) and Patrice Aggs ('Blimpville') discuss creating serialised comics for children and how the title rose from the ashes of The DFC - hosted by David O'Connell and recorded live at Caption Festival, Oxford. 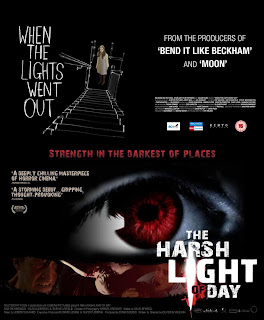 With unfortunately apposite timing, following the case of burglars being shot in a Leicestershire break-in at the start of this month, Alex Fitch interviews the directors of two new British horror films that deal with supernatural home invasions and their consequences. Oliver S. Milburn discusses his debut film The Harsh Light of Day which looks at a home owner's Faustian deal with a vampire to get revenge on the thieves who broke into his home and murdered his wife, and Pat Holden talks about his new movie When the lights went out, starring Kate Ashfield (Shaun of the Dead) and produced by Bil Bungar (Moon), and dramatises the story of the 1966 haunting and subsequent exorcism of a semi-detached house in Pontefract.

When the lights went out was released in cinemas on 14th September and The Harsh Light of Day is released on DVD on 1st October - whenthelightswentout.com / www.harshlightofday.com