Bristol Expo Line Up continues to grow as weekend nears


A quick reminder - as if you needed one - that the Bristol International Comic and Small Press Expo takes place this weekend (14 -15th May 2011) at the Ramada City Inn & the Mercure Holland House Hotels.

Guest of Honour for the weekend in Rick Veitch, who will be joined by a host of other comic creators, including Sydney Jordan and Martin Asbury, along with publishers large and small.

There's a host of EXpo EXclusives that will be available to visitors, including the free STRIP Magazine Issue Zero and the chance to buy limited edition Watchmen and Razorjack prints.

• A special Watchmen print by Dave Gibbons and John Higgins, on sale for £15 and limited to just 75 pieces, marking the 25th birthday of the ground-breaking comic by Alan Moore: proceeds will go to the Draw The World Together Charity.(Pre-order on comicexpo@hotmail.co.uk).

The original artwork has been kindly donated by Dave Gibbons and will be auctioned for the Draw the World Together Charity. This is by sealed bids only and bidding forms will only be available from the Info Desk at the Ramada.

• John Higgins is offering a limited edition Foruli print at the event - limited to just 50 pieces - from his stand at the Ramada. (Pre-order email comicexpo@hotmail.co.uk). That's part of the 'Razorjack Attack' launch, which includes the release of Double Crossing from Com.X, the first novel by Michael Carroll.

• The Etherington Brothers - Bristol Expo regulars - will have30 copies of the 140 page limited edition sketch book El Sketchbook Lorenzo volume F.I.V.E. on sale at the Mercure. The book will be a limited run of only 60 copies in total, with the other 30 going on sale online after the show, but Bristol Expo is the only show they'll be available at, ever!

• Rogue Trooper, the world's greatest Genetic Infantryman, celebrates his 30th birthday at Expo thanks to John McCrea, who is producing a Signed & Numbered
Limited Edition Print which will also feature another legend from 2000AD.

• Markosia will be launching Slaughterman’s Creed by Cy Dethan and Stephen Downey, Quarantined by Michael Moreci and Monty Borror and they'll have copies of their Royal Wedding comics by Rich Johnston, Gary Erskine and Mike Collins for sale. 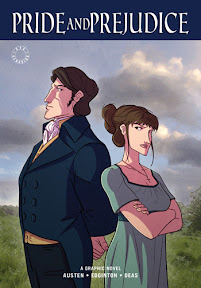 • SelfMadeHero will be exhibiting at Bristol with a range of new and signed copies of it's latest graphic novels and graphic novel biographies. They'll also be celebrating the launch of the first volume of their The Lovecraft Anthology with a special Lovecraft panel featuring SelfMadeHero creators and a signing featuring as many creators as we can lay our hands on.

They'll have creators sketching and signing at their tables throughout the weekend, so pop by and say hello.

Creators Rob Deas and Ian Edginton will also be on hand to talk about their new graphic adaptation of Pride & Prejudice.

• Print Media Productions will announce the launch date of Strip Magazine, a new monthly comic magazine for the UK, part of a range of comics projects. STRIP MAGAZINE Issue Zero will be given
away free to Expo visitors, featuring background on key strips in the new comic magazine such as Black Ops Extreme by John Freeman and PJ Holden, Warpaint by Phil Hester and John McCrea, Age of Heroes by James Hudnall and John Ridgway, Savant by Jim Alexander and Ferrer and Carlos Vila - plus some highlights of Print Media Productions graphic album range.

There's also a special competition in the sampler which will offer comic creators the chance to have their work in the title when it launches later in 2011.

• Pre-sales for Expo Tickets are now closed, but organisers tell us that if you want to avoid large queues then tickets will be available at 09.30 from the Ticket Desk in the downstairs foyer of the Ramada on Saturday and 10.00 on the Sunday.