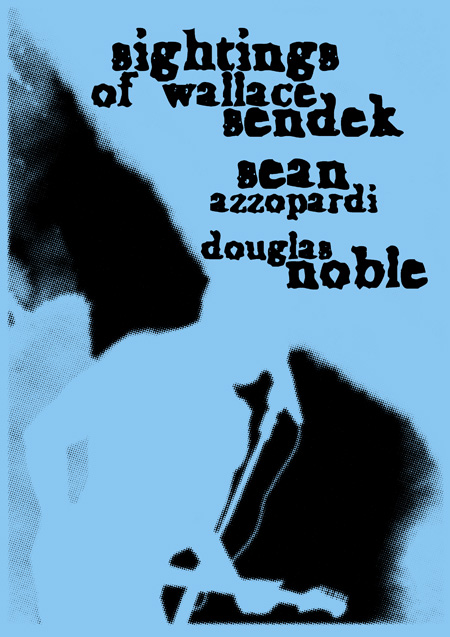 I caught up with enthusiastic and inventive indy press creator Sean Azzopardi on Free Comics Book Day at Orbital Comics, London, where, among others, Kieron Gillen was tapping out a script and Tom Humberstone was busy sketching along with enthusiastic fans, copies of the brilliant Solipsistic Pop #2 on sale nearby.

"Douglas is a man of infinite patience, as this 22-page comic took over three years to complete," Sean says.

It's a creepy tale, centring on the apparent disappearance of a famous, but fading musician, and one woman's seeming encounters with him after his death. Has she seen him or not?

Drawn in an appropriate, haunting style, this is a book well worth tracking down and is on sale in shops well known for supporting the indy press, such as Orbital Comics and Gosh in London, as well as online.

• Check out The Sightings of Wallace Sendek via phatcatz.org.uk
Posted by John Freeman at 5:51 pm