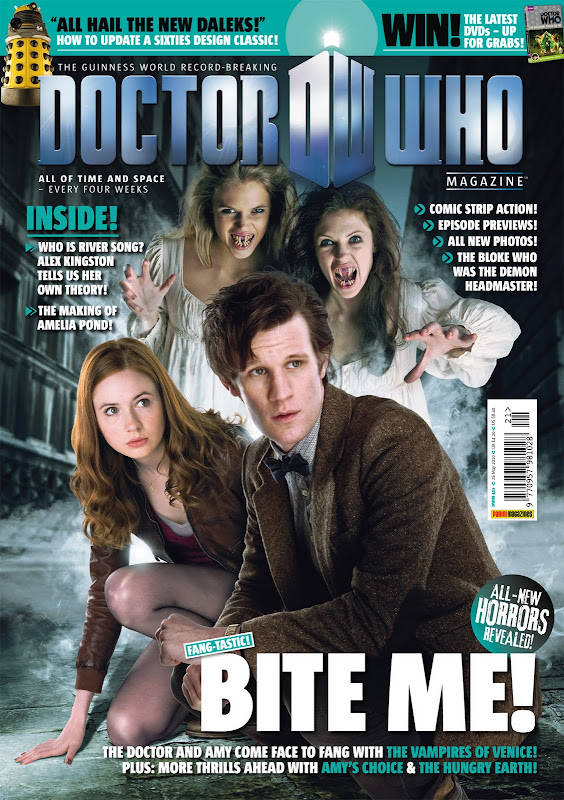 The latest issue of Panini UK's Doctor Who Magazine (Issue 421) sees the debut of the Eleventh Doctor in its comic strip pages, with the delectable Amy Pond in tow to boot.

While Matt Smith's Doctor has already appeared in the BBC title Doctor Who Adventures, this is the first comic to feature him in DWM, in a story titled Supernature set on a distant, jungle-dominated alien world - the location of a penal colony where the human residents are turning alien themselves.

The story by Jonathan Morris, who has written several Doctor Who stories for audio drama producers Big Finish, is drawn by veteran Who comics artist Mike Collins, with David Roach providing some superb inks on the opening episode.

Fans will also enjoy a feature offering a guide to the TARDIS - reminding readers of rooms rarely or only ever seen once or twice on TV, including the infamous 'Boot Cupboard' (a full Regncy-style dining room) and the bath (a full-size swimming pool). While the TARDIS has been covered before in features, this is a pretty exhaustive and entertaining item, just part of another great issue of the Magazine.

• There's more information here on the Panini UK web site (although this is actually a 'pop up', you may want to navigate to it from the main site at www.paninicomics.co.uk). Alternatively, check out the latest news from the Magazine team on Facebook. 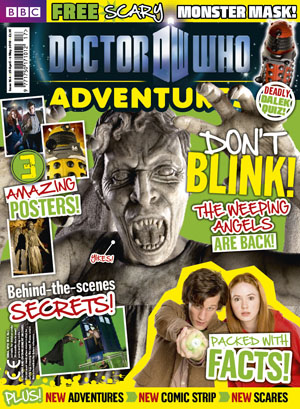 The latest issue of Doctor Who Adventures - which now has its very own official web site at www.dwamag.com - features the usual mix of features and comic strip aimed at a younger audience than Panini's Doctor Who Magazine including a fantastic FREE Weeping Angel mask.

This week's monster mag is crawling with Weeping Angels and comes with a Angel mask... don't blink!

Along with the usual comic strip, features include top moments from The Time of Angels, hilarious bits from the Eleventh Doctor's first adventure (involving a lot of food he can't stand) and a lowdown on the new Doctor Who Adventure Games, a Dalek quiz and am exclusive competition to become the editor of Doctor Who Adventures for the day.

• More info at: www.dwamag.com
Posted by John Freeman at 9:31 am