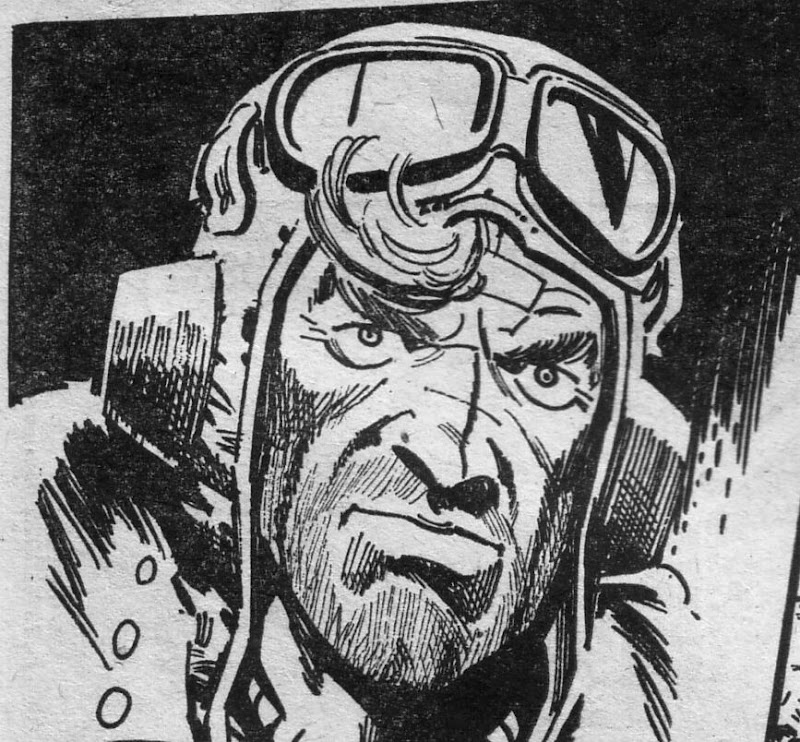 Comics commentator Michael Crouch reports that Radio 4's excellent From Our Own Correspondent show has just aired an item on the Night Witches - the all-women squadrons that fought for Russia during World War 2 and who featured in the Battle Picture Weekly comic strip Johnny Red, first brought to vibrant life by Joe (Charley's War) Coloqhoun but mostly by John Cooper for the bulk of its long run.

The show talked to surviving 'Night Witches', who recalled their greatest terror, that of being burnt alive in your aircraft. An extra bullet was always carried in their pistols so that if they crashed behind enemy lines they could shoot each other, then themselves, before the Germans could get them.

Noting that Warren Ellis recently revisited these squadrons in his series, The Night Witches, Michael is right to describe it as "a fascinating and horrific period of history."

A new collection of Johnny Red stories is in preparation for release by Titan Books next year, the first in an ongoing series.

The programme is currently available to hear again on the BBC's iPlayer and all the programmes are regularly available as podcasts. Look for Saturday 31st October's podcast here. There is also a BBC slideshow and audio commentary available here and Radio 4 will be broadcasting a documentary on Monday 2nd November at 8.00pm. Both feature contributions from Garth Ennis and there are some pictures from the graphic novel and series on the slideshow.