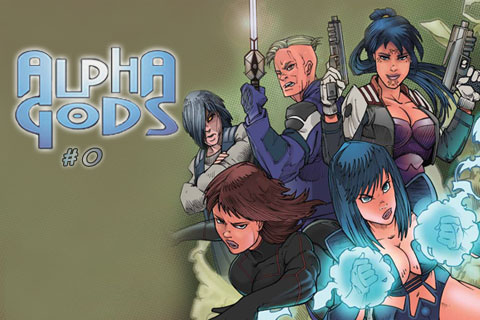 British independent comics publisher Orang Utan Comics have extended their presence on mobile phones with the arrival of its Alpha Gods title on Android, iPhone and iTouch via Robot Comics.

Written by Ian Sharman with art by Ezequiel Pineda, Alpha Gods is set in the year 2086, when humanity faces the new threat of the Extra Humans. The government is struggling to cope with the growing number of mutants, aliens and supernatural beings who are living amongst us. People are beginning to panic and so, in 2050, the Department for Extra Human Affairs was established with a remit to try and contain the problem. By 2086 the situation has escalated, so they have formed a new rapid response strike force, the Alpha Gods. Who better to police the Extra Human community than Extra Humans themselves? 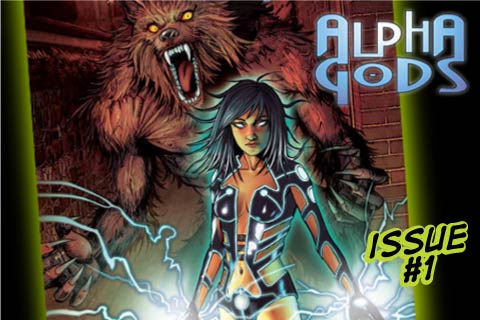 A standalone Issue 0 is available free, introducing cyborg Paladin and super-powered Impact and other members of the Extra Human Department Affairs. The app offers their first mission in this exclusive prelude to the new superhero comic. Issue 1 now also available as a paid app, containing the free Issue #0 preview plus the entirety of the original Alpha Gods #1.

Alpha Gods was originally released for mobile via ROK Comics and is one of a number of comics now being delivered as part of WAP services in India on platforms designed by the same company for Airtel and other mobile networks there.

Alpha Gods #0 is available for free in the Android Market. Scan the QR code right with your Android to receive its url.

Alpha Gods #1 is available in the Android Market. Scan the QR code left with your Android to receive its url.<


Alternatively, search ‘Alpha Gods #0″ on the Market.
Posted by John Freeman at 2:23 pm