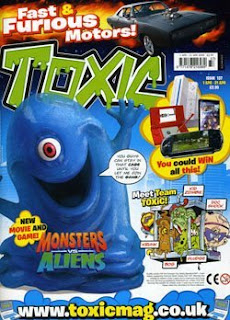 TOXIC Issue 137 with the Comic Supplement featuring work from a host of great creators is on sale now in all good newsagents. So go and buy a copy and support British Comics!

If sales are strong it will encourage Egmont to develop its comics brands further, perhaps not just in TOXIC but other projects.

Readers can vote for their favourite strip online and the winner will potentially get a full-time slot in the magazine. 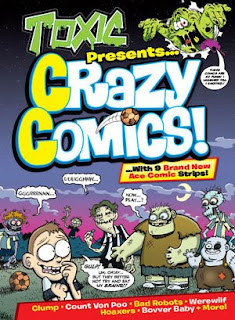 So far, Jamie Smart's Count von Poo is well ahead in the online poll, followed by Zombie Nation by Luke Paton and Laura Howell.

• TOXIC Issue 137 is on sale for the next three weeks.

The Strip Line Up 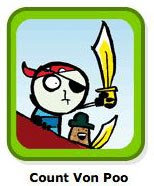 One boy and his poo! Jamie is of course, perhaps best known for his 10-issue comic Bear and My Own Genie in The Dandy. 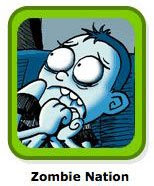 Zombies aren't all bad... the ones in this strip just want to be your friend.

Luke is the creator of the web comic, The Adventures of Kez and Luke, while Laura is of course a firm favourite with TOXIC readers as the artist on Robin Hoodie for the title, and also draws Ratz for The Beano and strips for The DFC. 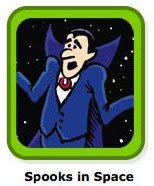 Silly spooks board a spae rocket and head into cosmic capers.

Paul's the brains behind the Birmingham Mail's Speech Balloons blog, delivering the latest word on comics in the Midlands 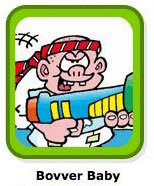 This baby is sweetness and light -- until you turn your back!

John Freeman is the creator of downthetubes and has written for Marvel, Judge Dredd: The Magezaine, The Real Ghostbusters and more.

As well as drawing strips for TOXIC and other comics, Paul also drew The Underversity, a six part story featuring characters from The Really Heavy Greatcoat. 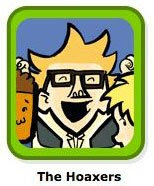 A gang of sleuthers tries to avert disaster with cunning plans that end up proving even more disastrous!

David Hailwood has been championing the British small press through the Temple APA for years. Having enjoyed reading from an early age, Paul Harrison-Davies says he’s never forgotten the impact children's books and comics had on him, so much so that he started making his own. From early days self publishing comics using a photocopier he eventually got short comics accepted in small publisher titles such as Zombie Tales, and Best New Manga. Paul works in a bookshop and it's his dream to have a child come to the counter holding one his children's books. 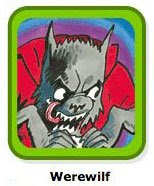 WereWilf first appeared March 1976, one of three strips introduced to Whoopee! to mark the comic's second birthday. (The others were Smiler and Gook the TV Spook). This updating introduces a modern day WereWilf.

Shane has worked on and off in the comics industry, writing and drawing for some of the big guys, and some of the microscopic. John Erasmus credits include Desperate Dan, Accident Man (for the original Toxic comic), Dervish Ropey in the Amazon, and much, much more. 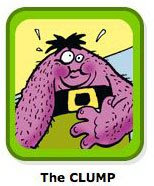 Manic monster on the loose!

Lew should need no introduction to any British comics fan -- his credits include Combat Colin, Brickman and more. 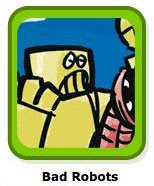 Accident-prone and very stupid Robots on the run -- even cow pats! 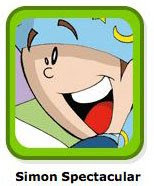 Stuart is a full-time Designer and Illustrator, producing work ranging from panel cartoons to natural history pieces for commercial use.

• Buy TOXIC In the shops then vote for your favourite strip online
Posted by John Freeman at 7:03 am