Digital Media Wire and other news services report NBC has announced plans to launch original webisodes in July for some of its most popular TV shows, including Heroes, The Office, 30 Rock and Chuck. 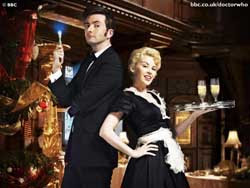 A webisode is an episode of a television show that airs initially as an Internet download or stream as opposed to first airing on broadcast or cable television. As yet, there is no "set" standard for length, but most webisodes are relatively short, ranging from 4-15 minutes in length. TV series that have already experimented with the format include Battlestar Galactica and Doctor Who (TARDISODEs have been made for mobile download by the BBC). Wikipedia carries a growing list of internet TV shows here.

Vivi Zigler, EVP of NBC Digital Entertainment, says the webisodes will "continue to weave online with on-air creative to give fans a deeper entertainment experience."

Variety reports that the new deal agreed between recently striking US writers and producers helped pave the way for the new foray into webisodes and the reaction to NBC's new shows will no doubt something other US and UK networks will be monitoring closely, for both web and mobile, with the mobile equivalent of webisodes, mobisodes, growing in popularity. (Both Lost and 24 have experimented with this mobile form).

will these webisodes be available in the UK?

I don't know, to be honest. You would have thought they might be made available when the new seasons air on the BBC or SciFi? If not, then perhaps they will be included with any Region 2 DVD release, as Smallville webisodes have been.