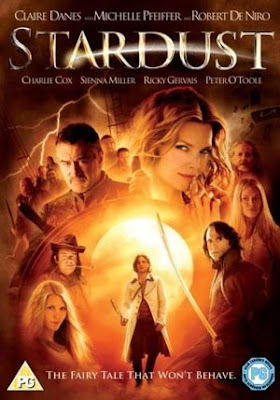 Neil Gaiman's Stardust will be released on DVD in the UK next month (25th February), featuring a host of British talent in a spectacular and critically-acclaimed fantasy adventure from renowned director Matthew (Layer Cake) Vaughn. The film script, based on Gaiman's novel of the same name, was co-written by Vaughn and fellow Brit Jane Goldman.

Starring a huge cast of Hollywood heavyweights including Robert De Niro and Michelle Pfeiffer, the film introduces talented newcomer Charlie Cox as Tristan (soon to be seen in Stone of Destiny, a drama written and directed by Charles Martin Smith centring on the 1950s raid to recover the Stone of Scone from London and return it to Scotland).

Stardust tells the tale of Tristan (Cox) as he sets out to recover a fallen star in the hope of winning the heart of the prettiest girl in his village (Miller).Tristan’s journey takes an unexpected turn when he discovers that the fallen star is actually a beautiful, ethereal young woman named Yvaine who he must help protect from having her secret powers stolen by an evil witch (Pfeiffer) seeking eternal youth as well as seven power-hungry princes.

Tristan enlists the aid of a rogue pirate (played with gusto by De Niro) to keep Yvaine from their clutches in a well-received family adventure. 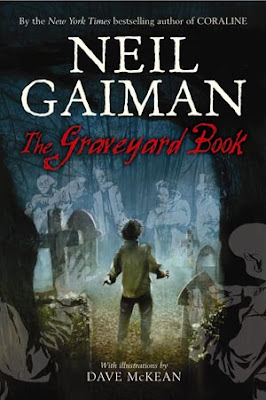 When not distracted by web sites like Strange Maps, Gaiman, whose comic credits include Violent Cases, Sandman, Eternals and Neverwhere, reports he is currently writing The Graveyard Book, illustrated by Dave McKean, which he reveals more about in his official online journal and is scheduled for release in July.

You can download a free audio story by Gaiman, A Study in Emerald, from HarperCollins web site. "Alluding to both the Sherlock Holmes canon and the Old Ones of the Cthulhu Mythos, this Hugo Award winning short story will delight fans of Sir Arthur Conan Doyle, H.P. Lovecraft, and of course, Neil Gaiman, " the site declares.

"A Study in Emerald draws listeners in through carefully revealed details as a consulting detective and his narrator friend solve the mystery of a murdered German noble. But with its subtle allusions and surprise ending, this mystery hints that the real fun in solving this case lies in imagining all the details that Gaiman doesn’t reveal, and challenges listeners to be detectives themselves."
Posted by John Freeman at 12:57 pm