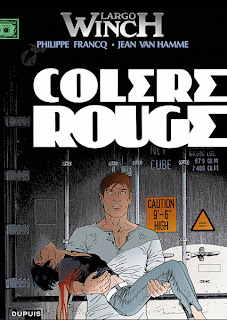 Belgian artist Philippe Francq, best known in the UK for his Largo Winch series with writer Jean Van Hamme published by Cinebook, will be doing a signing in London later in the month.

The French Bookshop in South Kensington, who had a signing event with Jean Van Hamme in 2010, will be hosting Philippe for a signing on Saturday 24 November 2012 from 1130 to 1300. He will be signing the latest French Largo Winch hardback, Colere Rouge, which is the recently released 18th book in the series and the second part of the story begun in Mer Noire. Neither of these latest two Largo Winch books have been translated into English by Cinebook.

There are more details of the signing at The French Bookshop's website.