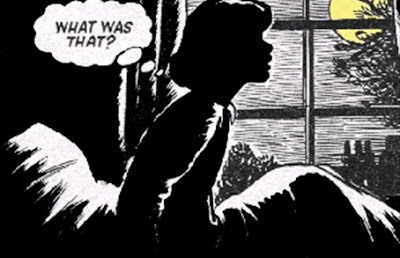 (with thanks to David Roach and Tim Pilcher) An exhibition by little-known artist Roy Newby, whose work over many decades included numerous comics, will go on show at Phoenix Place in Lewes, East Sussex, later this month.


Roy's work displays an astonishing variety of style and skill, from comic book illustration, recently seen at the Vintage Festival, to fine oils and watercolours.

Described as "a creative inspiration", he was a versatile artist who made a quiet living illustrating comics and magazines for children, teens and twenties, making technical catalogues, painting advertising posters, designing fashion-plates, even political banners, in fact, drawing anything you cared to name. For he was a 'commercial artist', working from the age of 15 in the 1920s until, in his late eighties, he finally stopped attending his weekly life drawing class.

David Roach tells us Roy, who died earlier this year aged 96, drew comics in the UK for almost 30 years, appearing in titles such as Girl, Tammy, Poppet, Judy and Valentine.

"He came from a time when you had to be able to draw just about anything, which he certainly could," David says. "While not drawing comics he painted, sketched, doodled and experimented with different styles and while his comic art was highly accomplished, it was never exactly experimental, unlike his paintings... [which] are absolutely stunning, classic examples of post-war realism, [showing] all sorts of influences - Cezanne, Picasso, Modigliani etc.

"Tragically, Roy died very recently before I or any comic historians could speak to him. If only I’d known it would have been fascinating to chat with someone from the golden age of British comics. He apparently never spoke to any comics fans about his career so it’s such a missed opportunity."