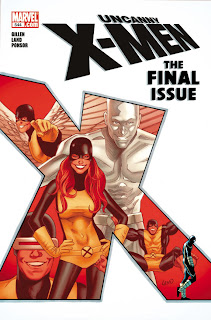 Concluding Panel Borders' month of radio shows looking at the crossover between comics and games, Alex Fitch talks to writer Kieron Gillen about how his history as a video and computer game journalist has influenced his comic writing career.

Alex and Kieron talk about the latter’s experience writing for Warhammer Monthly, developing an online game The Curfew for Channel Four and how game playing has only had a small impact on his writing Thor and Uncanny X-Men.


The ever-busy Kieron has his name to a number of US projects right now, including Generation Hope, Journey into Mystery and Uncanny X-Men, which comes to an end in October with Issue 544 and the return of Mr. Sinister.