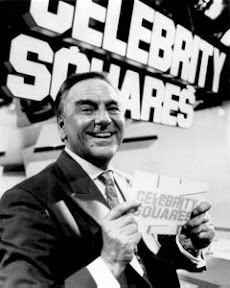 (with thanks to John Paterson at TartanBaffles, Jeremy Briggs and Lew Stringer): It's been a matter of debate for British comics fans for many years, but DC Thomson staff think they may have confirmed the late, great comedian Bob Monkhouse wrote and drew for The Beano.

It's well known Monkhouse, who had a massive comics collection and corresponded with many creators, including Commando artist Alan Burrows, worked for many British comics.

He also revealed how he'd sent his single picture cartoons and comic strips to just about every comic publisher he could find the address of in his own autobiography, Crying With Laughter and was first published by Mickey Mouse Weekly, after a dozen tries, who printed one of the cartoon pictures when he was about 12.

His comic writing career began in earnest during World War 2, working for companies such as Martin and Reid Ltd. who managed to get hold of stray loads of paper during wartime.

"Sometimes they found a consignment made from re-pulped bus tickets or newsprint," Monkhouse recalled, "so blackened by printer's ink that my drawings had to be painted in white on black background so as to be visible to the readers' perusal ... " 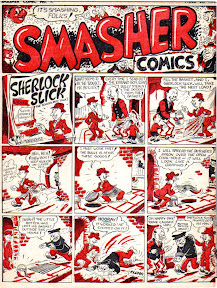 He drew strips for comics such as Smasher in 1947 (left, via ComicsUK) and Oh Boy, and illustrated one of his own books, Book of Days, published by Arrow Books in 1981. But although many people have suggested he also wrote for The Beano, including fellow comedian Barry Cryer, records from the time he may have contributed are spartan.

Now, Beano archivist Bill McLoughlin thinks he has detected Bob's hand in a Pansy Potter strip for the 1947 Beano Book.

"We have selected the 1947 Pansy, as it is in a style different from the rest," he told the Scottish Sunday Mail this week. "We can't say definitely but Bob always claimed he did draw for us and why would he tell pork pies about something so easily disproved?"

"I'd heard he did draw for the Dandy and Beano – and that excellent BBC Four documentary on Bob last week repeated the rumour – but what he actually did was a mystery," comics expert and creator Lew Stringer told downthetubes. "Until now, it seems."

Monkhouse moved on from comics to become a script writer and as well as his comedy career is best known for hosting many game shows such as Celebrity Squares and The Golden Shot -- and, of course, Quick on the Draw. He died in 2003 aged 75.

"Most of his comic work was for indie comics of the late 1940s and early 1950s," Lew Stringer notes. "He was an excellent cartoonist."

• Bob Monkhouse entry on Wikipedia
Posted by John Freeman at 8:31 am