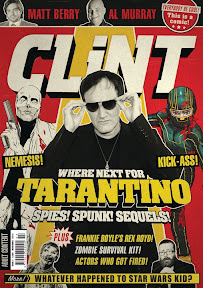 Issue #3 of CLiNT is on sale now in stores in the UK and Ireland.

This month's Space Oddities short strip is a real stunner called Lost Soldiers: The Fall of the Fortress by Bruno Letizia. The art on this is great - let's hope we see more from him in future issues. 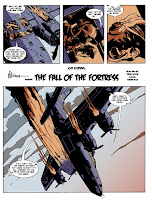 Comics news site Bleeding Cool has more details on him and some of the other Space Oddities creators here.

• CLiNT #3 is on sale now in all newsagents and comic shops in the UK. Official CLiNT Magazine web site:  http://clintmag.com


• Preview art from the latest chapter of Nemesis - http://tinyurl.com/244xlly


• Preview artwork from the latest chapter of Kick-Ass 2 by John Romita Jr http://tinyurl.com/2fuxmzu

• CLiNT on Twitter
Posted by John Freeman at 1:34 pm