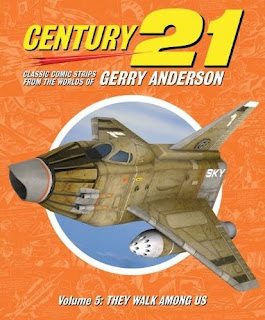 With the folding of the British book publisher Reynolds and Hearn earlier this year, the continuation of the series of books reprinting comic strips from the 1960s TV Century 21 comic looked to be in severe doubt. Reynolds and Hearne had published four volumes of the series before the company was put into voluntary liquidation and had two further titles scheduled before the end of 2010 - Volume 5: They Walk Among Us and a Gerry Anderson Century 21 annual for 2011 (which was expected to be similar to the main volumes but reprinting annual strips).

Despite Amazon still listing them, these will not now be published - at least not by Reynolds and Hearn. 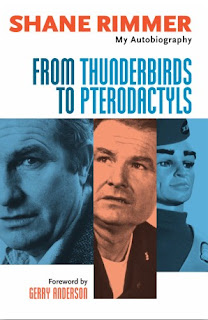 Marcus Hearn has set up his own publishing company named Signum Books and is planning to continue the Century 21 books at Signum. The first Signum book to be published is an autobiography entitled From Thunderbirds To Pterodactyls by actor Shane Rimmer who was the voice of Thunderbird 1 pilot Scott Tracy in the Thunderbirds TV series as well as appearing in many films over the years including The Spy Who Loved Me and Batman Begins. This book will be launched next weekend, 23-24 October 2010, at the Fanderson convention TV21 being held in Bristol.

As for the Century 21 volumes, the Signum Books website indicates that the series will be relaunched with the full support of Gerry Anderson by Signum in 2011. The website also includes a history of the comic by author Chris Bentley.

There are more details on Signum Books at their website.
Posted by Jeremy Briggs at 7:00 am