The Really Heavy Greatcoat Review of the Year

Yes - a new Really Heavy Greatcoat! Longtime downthetubes readers will know the Greatcoat strip was the joint creation of myself and Nick Miller back in 1987 (more info here), but what with other work commitments and the assumed demise of Comics International, where it was last appearing (the publisher now appears to be ignoring our emails for confirmation of this), the strip has taken a back seat to other things for the moment.

That hasn't stopped Mr Miller creating his now traditional 'Review of the Year' featuring some of the characters, and he's also created a smashing seasonal e-card which will be winging its way around the Internet to our loyal downthetubes supporters very soon. Enjoy. Over, to you, Nick... 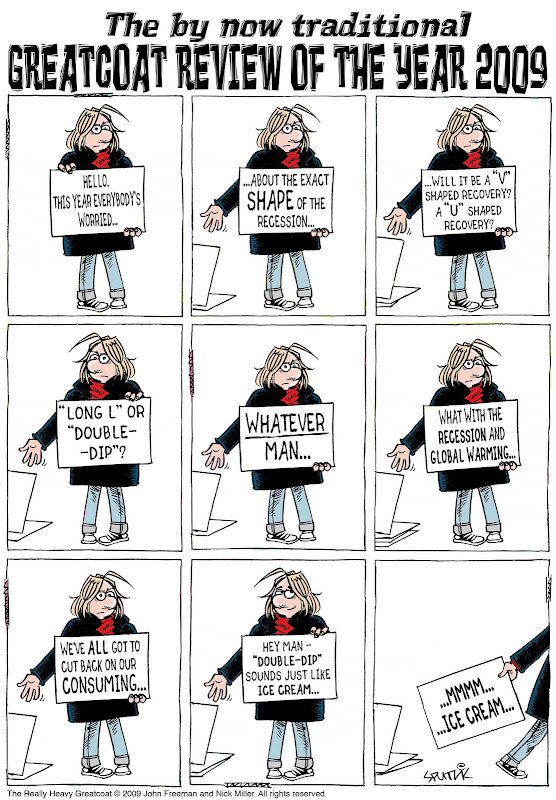 • More Really Heavy Greatcoat strips and information
Posted by John Freeman at 9:23 am