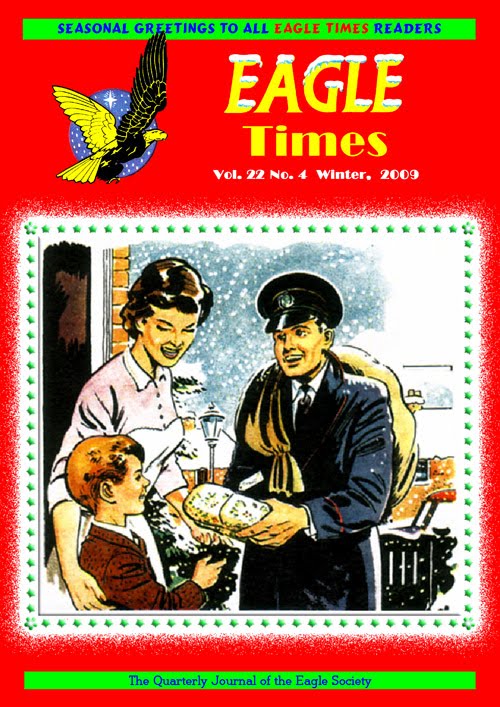 The latest issue of Eagle Times (Vol 22 No 4, Winter 2009) is now available from the Eagle Society, wrapped in this cheery winter scene that illustrated an article titled 'He wants to be a Postman' from the Christmas issue of Eagle published in 1956 (Volume 7 No 52).

(Anyone who saw Panorama this week will clearly be wishing for a return to such times when post people were valued rather than poorly served by their management...)

The full line up of contents includes:

To obtain a copy, join the Eagle Society via Annual Subscription, which includes a subscription to Eagle Times, which is published four times annually. The Subscription rate for 2010 is: UK £23; Overseas £34 (in £s Sterling, please)