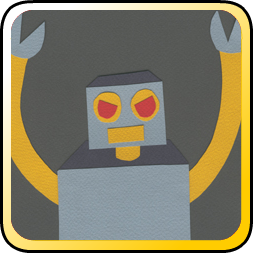 Continuing our series of interviews with British comic convention organisers, for this seventh instalment Matthew Badham talks to comic creator Patrick Findlay of the UK Web ‘n’ Mini Comix Thing, which is being held annually in London.

These convention features are being cross-posted on downthetubes, the Forbidden Planet International blog and Fictions. Our aim is to give the conventions themselves some well-deserved publicity and also to, hopefully, spark a wider debate about what’s good and bad about the convention circuit in the UK.

downthetubes: Please tell us about a little about the history of the UK Web 'n' Mini Comix Thing and how it's evolved over the years.


Patrick Findlay: The Thing was conceived as an event to showcase what was at the time a new industry, the web comic, with the traditional homemade comic attached. At the time there were virtually no exhibitions, not proper ones. Inspired by events such as Mocca and SPX in the USA, I saw a clear opportunity for a similarly styled UK event.

It was conceived along the simple idea that the event featured a hall of tables with exhibitors showing their stuff. This simple premise, as opposed to the more grandiose attempt to offer a myriad of attractions such as lectures, juggling, bands, stars and such is the reason why the show has been able to sustain itself over the years. As such, the show has not really changed from day one, other than a venue change in year two and some additional tables for years three and four.

downthetubes: What are the Thing’s overall aims?


PF: The aims of the Thing are to create an environment of creative comic-minded people, primarily for the entertainment of the visitor. It's always the perspective of the visitor that I have in mind, based on my own experiences from years ago when I went to similar events that were later cancelled. As such, the aim is to create a hall full of exciting things to look at, leaving the visitor inspired, invigorated and excited about having attended. Contrary to some beliefs, it's not a show devised to allow creators to make a profit, although that is, of course, a significant side-effect of exhibiting and one of the main reasons exhibitors do attend.

downthetubes: Who is the Thing aimed at? What sort of punters do you hope to attract? Are you family-friendly?


PF: The Thing is aimed at anyone that enjoys web and mini comics, that is, in this day and age, who surfs the web book marking their favourite sites. In the old days it would have been people that scoured the small ads of Comics International for mini comics and such for their small tableside collection. The show is not really family-focussed at all, unless its a family that like to surf the web looking for comics.

I like to advise children to leave their parents safely tied up outside or if left in the car, with the window rolled down a bit.

downthetubes: How effective have you been in getting those kind of people to attend?

PF: Pretty effective. The nerdometer has always gone off the Richter scale, so I’m pretty happy.

downthetubes: Can you give a projected (or actual) attendance figure for the Thing?


PF: It’s hard to tell as there are usually about 150 exhibitors and they make the place look full by default and ticket sales get merged in with everything else. I used to print tickets for 1000 people, in year one. These days it’s three to four hundred people, but I think even that’s a bit optimistic.

downthetubes: What lessons have you learned during your time running the Thing, in terms of its marketing and advertising?


PF: I have learnt that marketing and advertising is a total waste of time, at this stage. Last year the show was run on a completely minimal budget with no advertising at all and it was the best year ever. The fact is that the show is established and kind of stands on its own two feet these days.

downthetubes: Do you use emerging technologies to spread the word about the Thing? Do you have a website or blog, or use email mailing lists?


PF: No blog or e-mail lists at all. I don’t have twitter or anything.

downthetubes: What about print? Do you use print advertising, have a newsletter, anything like that?


PF: No print advertising at all. I used to send out printed flyers to every comic shop in the country but always felt it was a waste of time. I didn't do it last year and as I’ve said it was the best year ever. I also tried printed ads in Comics International, which was completely pointless.

downthetubes: What's the mix in terms of exhibitors at your con?


PF: The mix of exhibitors is fairly even really. I like to think there’s a bit of everything, but in general they are all young creative types, some good, some new to the scene. There’s a handful of pros. I prefer the more amateur end of the spectrum and generally frown on the 'exceptional' talent.


PF: The small press is what it’s all about. However, from my perspective that’s the photo copier. There’s not a lot of distinction between web and small press really. Everyone at the show is small press. They are all printing stuff.

I don’t really have direct thoughts on the small press. It’s a bit like having thoughts on cars. I use them, people use them, but I might be a bit vague on the exact details of my car: its blue and has wheels. People print stuff, they are small press. I’m more interested in the art and creativity. It would be better to ask if the Thing supports art and creativity! The answer would be yes.

downthetubes: Do you run workshops/events/panels at the Thing? Please tell us about those and how they are organised.


PF: We run a few things. Its usually a bit piecemeal based on volunteer availability. The panel events are the main feature that requires volunteers from the exhibitors. We aim to offer wall-to-wall panel discussions so that there is always something to sit down and rest your feet at. The panels are generally stage-managed by me.

However, the allocated host generally fails to show up. Last year we had four hosts drop out, one after the other, the last being on the day before the show. These are the biggest problems, but in short they run themselves. There is usually a film show, an art area, and other things.

We used to have a portfolio workshop but it was a bit of a farce. Everyone these days is their own expert. Unlike other shows that seem to conjure guest speakers out of thin air, we have never had any luck in getting clever people to chitchat about their success.

downthetubes: As you've been kind enough to answer these questions, please fell free to big the Thing up a bit. Tell us what you do well, what the Thing's main attractions are and why our readers should attend the next one.


PF: The best thing about the Thing is the huge amount of creative art and comics that you can see and buy. The show offers free plastic bags so it’s easy to get a whole load of comics and such, that you can then read on the train home and leave stacked up by your drawing board or computer or such for future reference, because one things for sure, if you go to the show, chances are your going to go home wanting to do comics yourself.

• The UK Web ‘n’ Mini Comix Thing is held in Mile End in London. The next one is on 27th March, 2010. For details, visit the con’s website: ukwebcomixthing.co.uk.

• Caption: In Conversation with Jay Eales and Selina Lock


• The Alternative Press Fair
Posted by John Freeman at 12:01 am