Sharp Advice on Breaking Into Comics 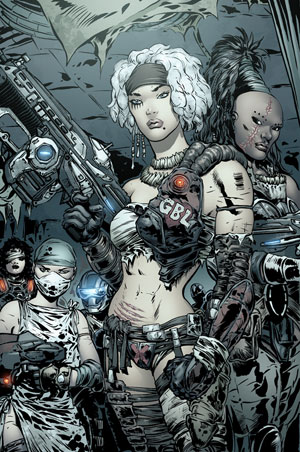 British comics artist Liam Sharp (publisher of MamTor, artist on Gears of War and, many moons ago, Death's Head II) has just posted a revamped version of his excellent guide to breaking into comics over on DeviantArt.

The post is packed with a huge amount of useful advice and suggestions for aspiring creators, building on an article he first wrote a couple of years back.

"Getting into comics is something a lot of people want to know how to do, but there's a lot of questions you want to ask yourself first," he advises. "There's such a vast array of genre and subgenre, technique, approach, and so on, that it’s important to be clear on where you want to go with your work at the outset – and you have to be really honest and tough with yourself at this stage!

"If you're into the capes and tights and you want to go mainstream you’re going to have to want it incredibly badly, as the competition is the most extreme I’ve ever known it right now," he warns. "...Right across the industry there's an enormous amount of competition.

"One thing I'm not seeing at cons is break-the-mould, edgy and accomplished new types of comic art," Liam notes. "Invariably it's by-numbers superhero fare of a fairly similar standard - what I would typify as three or four years off pro-standard but showing promise. I often wonder when we're going to see the next Sienkewicz, the next great stylist. Originality is not only becoming rarer, it seems less desired - either by the industry or the fans, who want above all else consistency."

• Packed with advice on indie publishing and promotion, you can read Liam's article in full on DeviantArt here.
Posted by John Freeman at 12:06 am