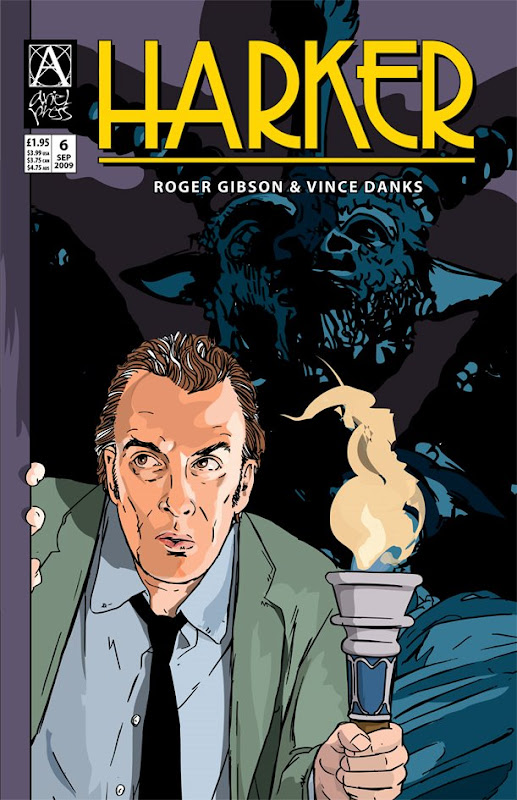 Harker #6 from indie creators Roger Gibson and Vincent Danks has just been released and available from the comic's online store now.

The issue includes the news that the first collected edition of this intriguing fantasy detective series was supposed to have been solicited in the August edition of Diamond Previews, available from all good comic shops - but it's mysteriously disappeared! "We've found out to our dismay that it's not there, but it's not our fault!" says Roger.

"We're not sure what's happened, but we've already emailed Diamond and asked them to solicit the collection in the next possible Previews.

"In the light of this, we have decided to abandon our idea of September being a 'gap month', he adds. "This is good news for everyone, as it means that issue seven will now be out next month (on the 1st September) with the start of our new six issue storyline, with the current working title of 'Murder By the Book', set in Whitby. It'll continue monthly, as ever!"

As we previously reported, Harker is now available in 15 comic shops across the UK, with more about to jump on board. More info here on the Harker and Critchley blog

Many thanks for helping to pass the message on about this John! :) It means we won't have the collected edition ready as planned for the October comic conventions in Birmingham and Leeds - but we will have issues 7 and 8 instead, so I guess no-one but us will mind ;)