TMNT: Back to the Sewer on its way to the UK 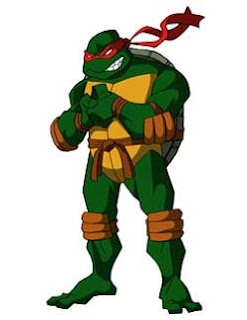 4Kids Entertainment has completed deals with several broadcasters, including CITV in the UK, for a new series based on the Teenage Mutant Ninja Turtles franchise, which celebrates its 25th anniversary next year.

TMNT: Back to the Sewer will be launched at the TV festival, MIPCOM in Octoberr but CITV in the UK has already acquired 13 half-hour episodes and will premiere the series in the first quarter of 2009.

4Kids has also secured broadcast deals with RTE in Ireland and a number of other broadcastrs worldwide including DRTV (Denmark), MTV3 (Finland) and Indonesia's Indosiar.

The new series inspired by Eastman and Laird's classic 1980s black and white indpendent comic sees the Ninja Turtles back in present-day New York City. They're shocked to find that Master Splinter didn’t make it back with them in one piece but was digitally decompiled into hundreds of data bits, which were scattered through cyberspace. The Turtles must now save him.

“We’re delighted to be continuing our TMNT relationship with CITV, particularly as we build toward the 25th anniversary of the Turtles," commented Brian Lacey, the executive VP of international business for 4Kids. "TMNT has been a strong performer on CITV, and we’re confident that kids will be thrilled with their newest series of adventures.”

The Teenage Mutant Ninja Turtles made their world premiere in May 1984, in a comic book created by Peter Laird and Kevin Eastman and published and distributed by Mirage Studios, one of the key supporters for the Comic Creators' Bill of Rights. Eastman is also publisher of Heavy Metal magazine.

A hugely successful TV series quickly followed, along with three successful theatrical films. In 2003, the Turtles were re-introduced to a new generation through a fresh animated television series, a CGI-animated theatrical movie and new merchandising program. Mirage, who launched an anniversary web site for TMNT at Comic-Con in San Diego this year, say the 25th year of TMNT will provide fans with, new, stimulating opportunities to experience the Turtles.

TMNT currently doesn't have a news stand presence in the UK: the Titan comic ceased publication earlier this year.