China Now, the UK’s largest ever festival of Chinese culture, has announced the first ever major exhibition in Britain to explore Manhua - the powerful narrative art form of comics and graphic novels in China - and will include the work of British manhua creators such as Yishan Li (sample, right).

Like Japanese manga, the events organisers feel Manhua is poised to become the next global cross-media phenomenon, spinning off into films, television, animation, games, toys and more.

With over 200 pieces of artwork and printed matter, this free exhibition presents for the first time ever in this country, the quality, diversity and individuality of recent and current Chinese comics from the last twenty-five years. 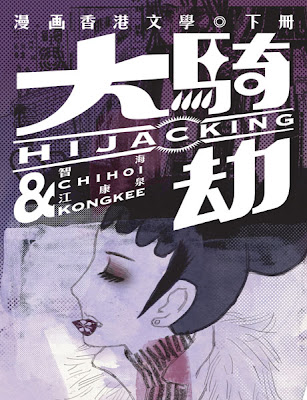 The main focus of the exhibition is the next generation of artists who are revolutionising comics today. Works from key artists including Nie Chongrui, Zhang Xiaoyu, Qian Yu and Benjamin Le Soir from China, as well as Chihoi Lee, (creator of the two-volume story Hijacking), Hok Tak Teung and Lily Lau from Hong Kong will all be on display.

British-based Chinese comics creators Yishan Li, Mr Clement and TH (Tim) Yu, who are included in the exhibition, will create special "live" artworks in the gallery for the public. Master classes, a reading area and hands-on demonstrations will be conducted alongside a one-day academic seminar on Tuesday March 25th with 12 specially invited artists, publishers and experts.

Paul Gravett curates a free exhibition that will reveal the heart and soul of 21st century China through the art and stories in contemporary Chinese comic books. More details on his as ever brilliant web site.