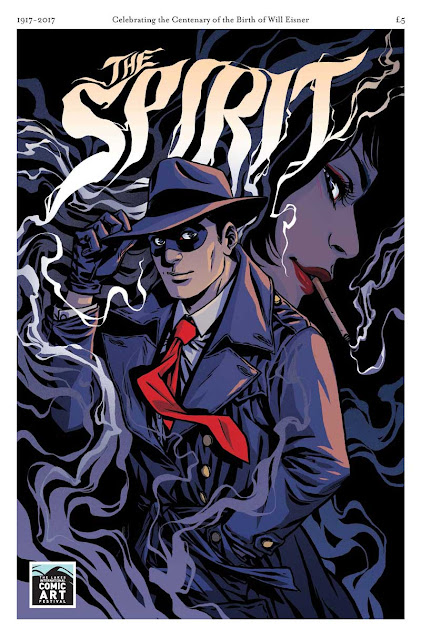 The Lakes International Comic Art Festival tales place this weekend in Kendal (13th - 15th October 2017). Along with its free Family Zone, comic creator talks, signings, exhibitions, illustration portfolio reviews, Finnish Village (and sauna!) there are a number of new comics and graphic novels getting their launch at the hugely-popular annual event.

Among them are Grandville: Force Majeure by Festival Patron Bryan Talbot (published by Jonathan Cape), Graphic Science by Darryl Cunningham (Myriad Editions); and the Festival's very own tribute to comics legend Will Eisner to mark his centenary, the Spirit Centenary Newspaper. 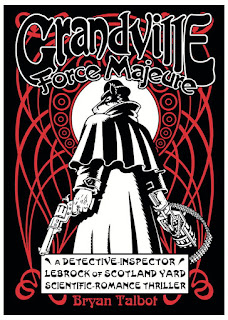 Grandville: Force Majeure launches at the Festival just as news breaks that the rights option for a proposed Grandville TV series have been bought by Euston Films, the graphic novels adapted by Doctor Who and New Tricks writer Julian Simpson.

Festival partner Page 45, the award-winning Nottingham-based comic shop, will be offering all three new titles in the Georgian Room of the Comixology-sponsored Comics Clock Tower, where Festival Patron Emma Vieceli will be signing her brand-new Young Adult LGBT graphic novel BREAKS (co-created with Malin Ryden) on both Saturday and Sunday morning.

Dozens of comic creators will be selling new independently-created comics, artwork and more, throughout the weekend in the Clock Tower, including Marc Jackson, who's new comic Here Comes Cat Stevens! was commissioned by LICAF; and Australian comic artist Bruce Mutard, who brings his new work Post Traumatic with him, along with a number of other antipodean creators as part of a Caravan of Comics.

Look out, also, for the annual Festival anthology edited by Dan Berry, assembling comic stories created during the Festival's Cartoon Cafe Challenge sponsored by Wacom over the weekend and printed within 24 hours of creation! 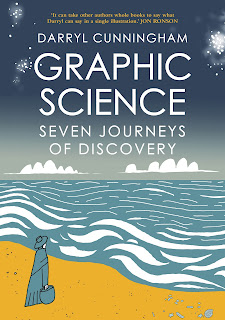 The project, the brainchild of comics academic John McShane, was realised with support from IDW Publishing and Kitchen Sink Press publisher Denis Kitchen. Proceeds from sales will go to LICAF’s Creators’ Development Fund.

"I don't know how real editors do it, but curating this project has been well worth the wait," says Sean Phillips, who edited the newspaper. "All the creators involved have more than surpassed my expectations to produce a great tribute to Will Eisner's The Spirit.

"Creators include some of my favourite artists and writers and the hard part was deciding who to ask. Luckily everyone said yes, including my absolute favourite, John M Burns. Sorry to everyone else, but having John draw a page for this is one of the highlights of my career. All the pages are great, but this one was a real thrill!

"My thanks to everyone involved with fitting this project into their busy schedules, even if some people's definition of the word 'deadline' is more elastic than mine..."

Celebrating Will Eisner's work, the Festival also ran a Revealing the Spirit of the Lakes competition, the winners to be announced at the weekend. Students across the globe were invited to celebrate the incredible creative comic art legacy of Will Eisner and his iconic vigilante – The Spirit - by imagining a vigilante hero or heroine for the Lake District.

The top five entries will go display in the Warehouse Café at the Brewery Arts Centre, Kendal, until 5th November, alongside The Spirit of Eisner exhibition. 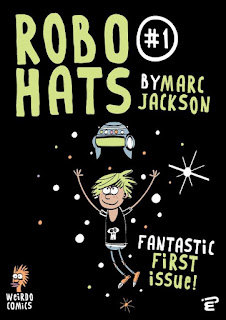 The Lakes International Comic Art Festival returns for its fifth year to Kendal, Cumbria this weekend, from 13th to 15th October 2017. Celebrating comic art from across the world, the weekend festival takes over the town of Kendal, on the edge of the Lake District.

The festival brings the biggest names in comic art to Cumbria with over 70 special guests from across the comic world. This year, artists, creators and writers from Japan, the US, Canada, Australia, Finland, as well as European comic creators will take part in the festival.

• The full programme of events is now live on the Festival web site, along with details about its new Weekend Pass

• Read the Page 45 guide to the Lakes International Comic Art Festival
Posted by John Freeman at 10:15 am