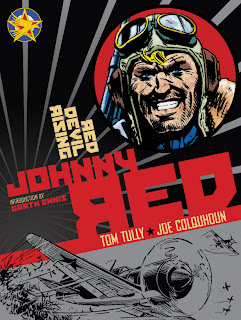 This is the second hardback volume reprinting the classic story from Battle by Tom Tully and Joe Colquhoun and includes a feature by comics legend Garth Ennis (The Boys, Preacher, War Stories).

After being discharged from the RAF for striking an officer, Johnny Redburn takes to the skies in a stolen Hurricane. He then meets the Falcon Squadron of the 5th Soviet Air Brigade and begins his fight against Germany from the other side of the Iron Curtain.

“This book feels like a historical document and yet it reads like the best of any boy’s fiction in any genre. Buy this book and enjoy the authenticity amidst the thrills," said Weekly Crisisof the first volume in the series.