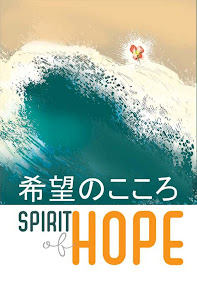 Continuing radio show and podcast Panel Borders' month of shows about anthologies and collectives, they have a trio of interviews recorded at two recent comic book conventions in London.

Recorded at Kapow!, Islington Design Centre (April 2011): Alex Fitch talks to editor Alan Cowsill and publisher Tim Pilcher (Comic Book Alliance) about the comic book anthology Spirit of Hope that they’re bringing out to help raise funds to support the people of Japan after the recent Tsunami disaster and to Joel Meadows, editor of Tripwire about the new digital incarnation of his magazine about comics and pop culture.

Also, in an interview recorded at the London Comic and Small Press Expo, Goldsmiths College last month, Dickon Harris talks to Shaky Kane about his career which has ranged from short pieces in a variety of anthologies such as 2000AD, Escape and Revolver to his serialised graphic novel, The Bulletproof Coffin, written by David Hine.