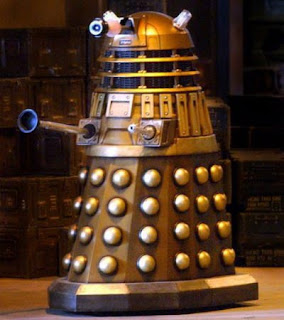 It looks as though we can expect a new Doctor Who game for the Nintendo Ds and Wii.

The Newsround website is reporting that the game should be released in time for Christmas.

At this early stage, the baddies in the new game have not been revealed, but our money's on the Daleks.

There have been several Doctor Who computer games in the past. Doctor Who and the Mines of Terror, a game for the BBC Micro in 1986, was too large to fit the Micro's memory and came with its own ROM chip which had to be installed before the game could run!

Email ThisBlogThis!Share to TwitterShare to FacebookShare to Pinterest
Labels: Doctor Who, Games