Dan Dare Movie in the works? 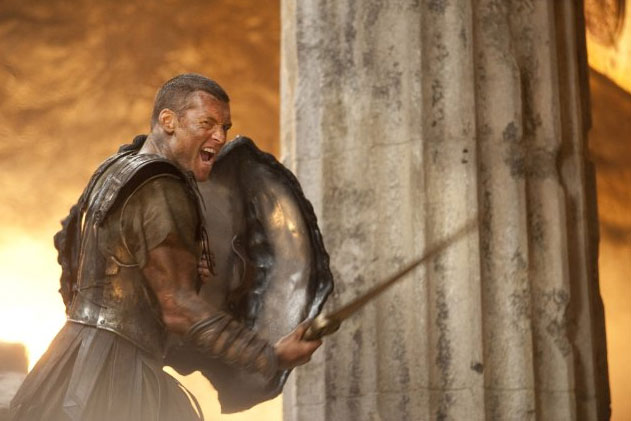 (via Bleeding Cool): Comics and entertainment web site Bleeding Cool has picked up on a report on reviews site Pajaba that British-born actor Sam Worthington has been cast as the lead in a new film -- Dan Dare: Pilot of the Future.

Worthington's most recent project, Avatar, may be familiar with our readers: he also stars in the soon-to-be-released Clash of the Titans remake, pictured above.

Before we get too excited, Pajaba's source - the anonymous "Hollywood Cog" - would appear to be someone working at a Hollywood casting agency. Web site CHUD, commenting on casting rumours for Spider-Man 4 last year, notes: "The Hollywood Cog is privy to lots of stuff, and he reports every bit of it. I bet that most of what he reports is 'true' in the broader sense - an agent did say that so-and-so was up for a part - but he's reporting decontextualized office gossip."

Whether the actual casting report is true or not, the story does suggest a Dan Dare feature film, based on "the most successful comic property in the history of the UK" may be in the works - although there have been many rumours of Dan Dare feature films before, including one directed by Ridley Scott with designs by Rian Hughes.

Picking up the rumour, film magazine Empire notes Pajiba’s sources have been spot on about several stories, so they’re inclined to believe a film incarnation may be in discussion, "even if the movie itself vanishes into a development wormhole|.

The animated Dan Dare series - shot in CGI and the work of Dan Dare copyright holders the Dan Dare Corporation - may well have prompted this latest rumour as film studios like Warner Brothers, who are apparently producing the film, race to duplicate the success of James Cameron's Avatar.

Pajaba says the project has been 'slow to develop' - which could imply the studio is struggling to pick the right 'Dan Dare' setting for the movie: the fabulous but scientifically inaccurate original created by Frank Hampson and Marcus Morris for Eagle, complete with the Mekon and life on Venus; Grant Morrison and Rian Hughes bitter satire, Dare, from the 1980s; or even the most recent re-imagining by Garth Ennis and Gary Erskine.

While Dan Dare remains a rumour, as we previously reported a film based on another Frank Hampson-created Eagle comic strip - Road of Courage, the story of Jesus - is in the works as an animated project from Bill Melandez Productions.

• Pajaba: Sam Worthington Signs On to Dan Dare: Pilot of the Future

Personally, my choice of casting Dan would go to British actor Stephen Moyer (currently in HBO's True Blood series). He even looks like Dan.

Personally I would cast the British actor Stephen Moyer (currently in HBO's True Blood series). He even looks like Dan.