• Anyone planning to attend the British International Comic Show to pitch work might be interested in Insomnia Publications Guide to pitching to them, which they hope will give creators a bit more help and confidence when it comes to knowing what they're looking for. downthetubes also has some advice about portfolio preparation and pitching here. Hope it's useful.

• Also at BICS this weekend are Classical Comics, who have just released their adaptations of William Shakespeare's The Tempest

and Romeo and Juliet

. They've very kindly sent us review copies of both and I'll run a full feature next week - once I've read them - but on first look, both do the plays proud. I shouldn't really pick favourites, but given that The Tempest is, perhaps, Shakespeare's most original play - it was apparently the last he wrote - I have to say the art job Jon Haward has done on it is simply stunning. If he doesn't get a Doctor Strange or Doctor Fate commission on the back of this, the world's gone mad... If you're going to BICS, check out the books there.

• And if you do visit the Classical Comics stand, be sure to check base with colourist team Kat Nicholson and Jason Cardy, who have recently taken the helm on Draw the World Together, an organisation created to unite arts communities in providing possibilities for children who live in communities where they do not have the opportunity for basic healthcare and education.

Comic creator Andrew Wildman who has been running DwTT for the last four years, recently stepped down from the position. "It feels like the right time to do what was always my intention, hand it over to someone who can bring something fresh to the project," he says.

"Throughout the last four years there have been many amazingly talented people who have helped out with the project and together we have raised tens of thousands of pounds to help street children in both Cambodia and India. Two of those who have shown dedication to the project and a keenness to be involved at a higher level are Kat and Jason, whose willingness to contribute their time and talent at comic conventions has been a major contributor to the work of DtWT."

Kat and Jason's first real gig at the helm is at BICS, so if you are going to be attending pop along and say hi to them on the 'Classical Comics' stand. 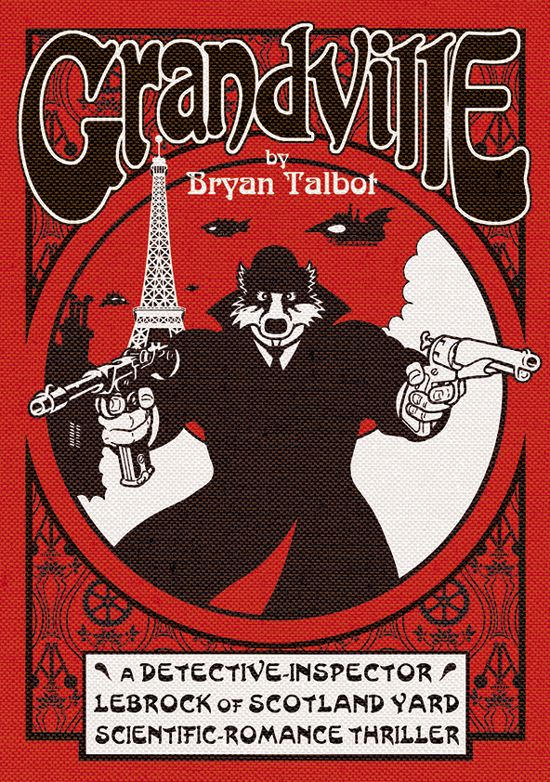 • The first part of a brand new, huge interview from Pádraig Ó Méalóid with comic artist Bryan Talbot is now live on the Forbidden Planet International blog. As with his Alan Moore sessions its pretty big so editor Joe Gordon has split it into two parts, with the second part to follow soon. The first installment most touches on earlier material, from selling Oz Magazine and doing illustrations for the early Tolkien Society through Brainstorm Comics, The Adventures of Luther Arkwright, The Tale of One Bad Rat, 2000AD and Sandman. The second part will bring us up fully to Alice in Sunderland, Metronome and Grandville. Read it here.

• There are lots of web comic hubs out there, but this one just might offer something a little different. Comic Domination (www.comicdomination.com) is a webcomics publishing site designed for both creators and readers. "The most viewed comic for the week gets featured, so it gives readers a chance to discover new comics, and they can add comics to favourites, comment, and a lot more," explains site runner J.T. Blevins, who's also involved in online animation site Toonjet. "There are tools for creators so that all you have to do is upload and publish comics, and the system creates a webpage for it automatically. The system allows you to install and create your own templates for unlimited options." 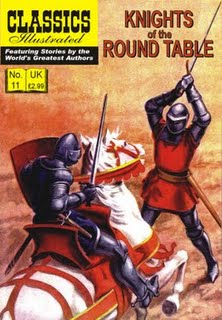 • And finally... over on the Birmingham Mail's brilliant Speech Balloon column, they're reporting that the UK'S Classic Comic Store (not be confused with Classical Comics, above) is currently busy reissuing a number of classic comics from around the world. Notable releases include English language versions of the Greek and Joint European Classics Illustrated and a special version of The Grapes of Wrath.

"This is an adapted version of the Philippines National Classic Comics series," explains publisher Jeff Brooks, "a very good adaptation in black and white,' Jeff Brooks revealed. Classic Comics also have a number of other releases, and again, if you're at BICS this weekend, you can find out more there - or visit their web site at www.classiccomicstore.com
Posted by John Freeman at 10:41 am