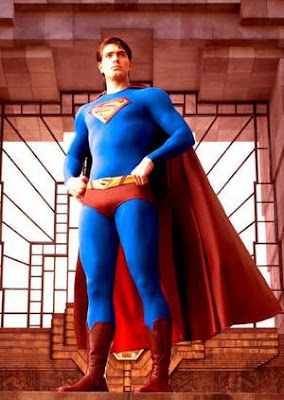 Who will play Superman? Rumour has it that while Brandon Routh, the actor who played the Man of Steel in Warner Bros. Superman Returns, won't star in the studio's live action movie adaptation of another DC Comics property, Justice League, he will, however, Ain't it Cool News reports he'll continue to star in the individual Superman movies.

Routh took some flack at the time of the release of Superman Returns for allegedly playing Superman in a "less macho" way than previous portrayals. Routh hit back hard at his critics, telling the Sydney Morning Herald Superman certainly wasn't gay as some claimed, and neither was he.

The Justice League movie will reportedly be its "own experience", which is to say it won't reach out to the other existing DC Comics movie franchises such as Batman. This makes business sense -- Warner won't want to 'taint' their other superhero franchises if the new Justice league outing isn't a success.
Posted by John Freeman at 9:05 am