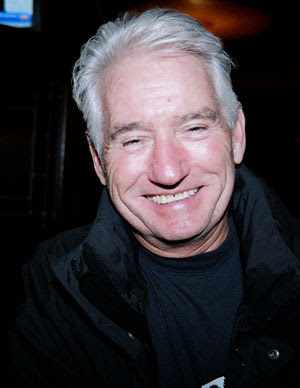 Tributes to one of Britain's unsung comic heroes, Phil Gascoine, who has died after a short illness, have poured into downtheubes after an online appeal. You can read them alongside a 2006 interview with Phil on the main downthetubes site here, while over on Bear Alley, comics archivist Steve Holland has posted a more formal obituary.

Because of the minimal credits for creators on many British comics, Phil was a virtual unknown to many comics fans who admire his work, despite working on titles ranging from Bunty to Blake's 7, Battle and Look-In during his 45 year comics career. But he was a popular figure with many comic creators, always happy to mix with all generations, offer advice, and turn his hand to any assignment, even if it was to "fill in" for a regular artist, often at very short notice.

"I have been desperately trying to get some kind of acknowledgement of Phil's work with no success," Phil's longtime editor Bill Graham at DC Thomson, told downthetubes. "Your tribute is spot-on and summed up the man so well.

"I can't remember when I first started working with Phil. He just seems to have been around for ages," he reveals. "But one of my first memories is, after he had been drawing football stories for me for some time, he amazed me by saying that he didn't really like football. You would never have known it from the quality of his work.

"This summed up Phil - he was a total professional. He could draw anything and make it look like he was an expert in that particular subject.

"The same guy who drew action heroes and footballers was also producing quality artwork for me on Wendy - picture stories about teenage girls and ponies.

"Phil had just started work on a new episode when he took ill. He assured me that it wasn't serious and that he would be back to work in a few days. Typical of the man.

"Over the years I met Phil several times, mostly in pubs in London. He was always terrific company.The last time we met, a couple of years ago, he wandered into a seminar we were holding for the Wendy artists in Richmond. He was wearing shorts, tee shirt and a great tan. He looked great. I'll miss him."

"Phil was always up for anything, a good friend and always busy," recalls Barrie Mitchell. "There aren't a lot of artists who can turn their hands to anything but he was one of them."

Tributes from Dave Gibbons, David Lloyd and John Ridgway are among others already posted with more to be posted as they arrive.

We'll be sinking a pint to you at BICS, Phil. If not before.
Posted by John Freeman at 12:25 pm