New Dennis the Menace shows - and a musical - on the way 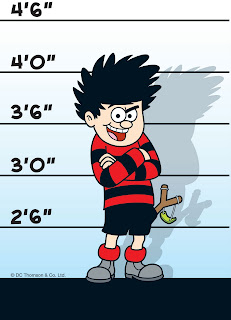 Ahead of tomorrow’s London Toy Fair, DC Thomson has announced a renewal of its partnership with leading content producer Red Kite Animations to co-produce the new series of Dennis and Gnasher.

As The Beano begins the countdown to its 75th anniversary in June next year, there's also news on the The Trial of Dennis the Menace musical, which launches in London next month - and information on the success of The Beano's iPad App.

News of more Dennis and Gnasher animation continues DC Thomson’s investment across multi-media platforms, following on from December’s launch of a range of digital subscription apps, including The Beano, which has already had 72,000 downloads.

The 52 x 11 minute episodes commence production immediately and are scheduled for delivery in summer 2013.

Dennis and Gnasher has been the best performing for CBBC in the competitive 1500-1600 hrs timeslot, reaching nine million people across its most recent (repeat) run in the UK.

“After 60 years at the top, the world’s greatest menace still appeals to children of all ages," enthuses Mike Stirling, Editor-in-chief for The Beano and BeanoMax. "We’re delighted to be continuing our partnership with Red Kite Animations and the next series of the successful animation will introduce hilarious new Beanotown characters plus more menacing, laughs and jokes than ever before.

"With our weekly and monthly comics, best-selling Annual, Beano.com website and social media platforms, more children than ever can experience Beanotown and its great characters across all sorts of media. Awesome!”

“We are proud to be bringing these classic comic strip characters back to the screen," added Ken Anderson, Executive Director & Chief Creative Officer of August Media Holdings. "Producing the new series is a testament to the popularity of the characters and we are confident that the series will create what we hope is a whole new generation of Dennis and Gnasher fans.” 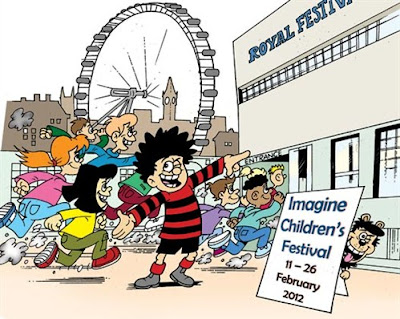 Underlining this increased multi-media investment, Dennis and Gnasher will also be appearing on the London stage next month (17th - 19th February) in the brand new musical commission, The Trial of Dennis the Menace, by Southbank Centre, in conjunction with DC Thomson. This show = part of the Imagine Children's Festival - will bring the world of Beanotown vividly to the stage in the Queen Elizabeth Hall, as part of Southbank Centre’s Imagine Festival.

Written by award-winning poet Caroline Bird with music by Matt Rogers and directed
by Rebecca Gatward, children from 7 to 97 will enjoy the antics of Dennis and co as Dennis is
put on trial, accused of stealing the Mayor of Beanotown’s gold chain! With the grown-ups of
Beanotown declaring war on fun, the show says the kids aren’t guilty!

Who is on their side? Find out from 17th February!

• Buy tickets for The Trial of Dennis the Menace or find out more about the show on beanotown.com